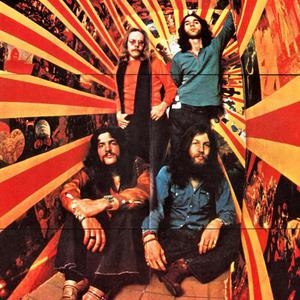 There are several musical projects under the name Cactus: 1) 1960s supergroup 2) A Bengali Rock Band from Kolkata, India 3) 8 piece ska band from Brisbane, Australia 4) a psytrance artist 5) Noise/Drone from San Francisco. 6) A Norwegian rock band with screamo elements. 1) The plan was for the Vanilla Fudge rhythm section of bassist Tim Bogert and drummer Carmine Appice to join with guitar god Jeff Beck and his singer Rod Stewart in a supergroup of sorts in the fall of 1969. The plan was derailed when Beck had an automobile accident that incapacitated him for the next 18 months.

1) The plan was for the Vanilla Fudge rhythm section of bassist Tim Bogert and drummer Carmine Appice to join with guitar god Jeff Beck and his singer Rod Stewart in a supergroup of sorts in the fall of 1969. The plan was derailed when Beck had an automobile accident that incapacitated him for the next 18 months. Stewart then joined pal Ron Wood in the revamped Faces (and pursued a somewhat lucrative solo career), leaving Bogert and Appice to find alternates for their dream band. They recruited guitarist Jim McCarty from Mitch Ryder's Detroit Wheels, Ted Nugent's Amboy Dukes and The Buddy Miles Express, and singer Rusty Day from Ted Nugent's Amboy Dukes.

This line-up managed three albums (Cactus, One Way... Or Another, and Restrictions) before interband troubles led to Jim McCarty quitting at the end of 1971. Shortly afterwards Rusty Day was fired from the group. The fourth and last Cactus album ('Ot 'N' Sweaty) featured original rhythm section Bogart and Appice joined by Werner Fritzschings on guitar, Duane Hitchings on keyboards and Peter French on vocals.

After Cactus' dissolution in 1972, Bogert and Appice finally joined with Beck to form Beck, Bogert & Appice. After one studio album (the self titled Beck, Bogart & Appice) and one live album (Live In Japan, released only in Japan) the band dissolved. Their second album remains unreleased to this day, along with recordings of the band's last concert at the Rainbow Theatre in London on January 26, 1974.

The New Cactus Band, led by Duane Hitchings, released one album (Son Of Cactus) and featured no original Cactus members. Mike Pinera, formerly of Blues Image and Iron Butterfly, came in on guitar, along with Roland Robinson on bass and Jerry Norris on drums. The New Cactus Band soon disbanded.

In the late 70s Rusty Day formed a new version of Cactus in North Florida, where he had relocated. This version of Cactus featured Steve Dansby on guitar, John Sauter on bass, and Gary Moffatt on drums. There are no known studio recordings from this era, though live recordings do circulate. (Rusty Day met with an untimely death when In 1982, Day was working on an album with Uncle Acid & The Permanent Damage Band, as well as dealing cocaine. Day owed money to Ron Sanders, one of the guitar players in his band, after a minor cocaine deal. Monte "Mondo" Thomas, Day's lead guitarist and close friend, explained Sanders as: "...a madman, he was a millionaire and a real bad coke fiend." Thomas and Day both lived in Day's house in Longwood, Florida, along with Day's 11-year-old son Russell. Thomas had agreed to drive a friend out of town, and was therefore not present when Sanders opened fire with a machine gun, shooting through the windows in Day's house, killing Day, his son Russell, and a house guest, Garth McRae. Ron Sanders shot himself six weeks later, after police had surrounded his house due to entirely different charges than the triple murder weeks before.)

After a long hiatus Cactus unexpectedly emerged in June 2006 with two appearances in New York City: a radio appearance on 92.3 Free FM, and their first show since 1972 at B.B. King's Blues Club in Times Square. This show was a warm up for the gig which sparked the reunion, an appearance at the Sweden Rock Festival in Norje, Sweden. The 2006 version of Cactus sees original members Carmine Appice, Tim Bogart, and Jim McCarty reunited and joined by Jimmy Kunes on vocals. Randy Pratt joined the band in NYC and Sweden on harmonica.

2)
A Bengali Rock Band from Kolkata, India, Cactus was formed in 1992. Inspired by the likes of Deep Purple, Pink Floyd, Led Zeppelin, Iron Maiden and many others, they started the journey with the purpose of doing rock n' roll in a language closer to our soil, thereby expanding the vistas and erasing all existing limitations. Cactus went on to become the first ever professional Bangla rock band. ( Prior to them rock already existed in Bangladesh and Cactus started doing music as modern bangla song. There music turned towards rock at a much later stage after Fossils and Lakkhichhara had already done rock music in bengali)

The professional debut of the band saw the light of the day on March 6, 1993, at Aban Mahal (CLT), Kolkata.

3)
Cactus was also an 8 piece ska band from Brisbane, Australia. They focused on writing songs that made no sense. They often practiced in the trumpeters basement and often played at birthday parties for the ska kids. After 3 years they broke up, rock and roll style, whilst playing for a friends 21st.

4)
Cactus is also the name of a psytrance artist