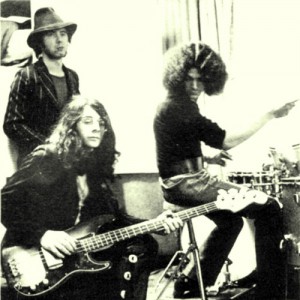 At least three artists/goups are known under the name Budgie 1) Budgie is a Welsh hard rock band founded in Cardiff, Wales, by bassist Burke Shelley in 1967, with Ray Philips (drums) and Tony Bourge (guitar). The group played an important role in establishing heavy metal and making it more prominent. They released their first album, Budgie, in 1971. Philips left in 1973, to be replaced briefly by Pete Boot, and in 1975 by Steve Williams.

1) Budgie is a Welsh hard rock band founded in Cardiff, Wales, by bassist Burke Shelley in 1967, with Ray Philips (drums) and Tony Bourge (guitar). The group played an important role in establishing heavy metal and making it more prominent.

They released their first album, Budgie, in 1971. Philips left in 1973, to be replaced briefly by Pete Boot, and in 1975 by Steve Williams. Bourge left after the release of Impeckable in 1978, and was replaced by John Thomas. A fresh start and a second wind for Budgie with the onset of the British NWOHM saw them playing to packed concerts as support to Gillan and Ozzy Osbourne on the now infamous Blizzard Of Oz tour featuring the late Randy Rhoads on guitar.

The band's last genuine studio album was Deliver Us from Evil (1982), keyboardist Duncan Mackay (10CC) having made the trio a quartet at least in the studio. A major, and highly successful Polish tour and the headline spot at the Reading festival followed but ultimate international superstardom sadly evaded the band and although demos were recorded in preperation for a new record (eventually released as The Last Stage in 2004), there would be no further major release and the band eventually stopped gigging in 1988.

Paradoxically in the years that followed Budgie music was to find it's way to a whole new generation and be heard by millions when covers were released by the likes of Van Halen, Iron Maiden, Soundgarden and the mighty Metallica (who still to this day include Breadfan in their live show).

Although varying line-ups played one-off gigs in '95 and '96, the band didn't officially reform until 1999. After reforming Budgie played in front of a 30,000 strong audience at the Sweden Rock Festival. Budgie went on to tour the UK, Europe (including the famous Arrow Rock Festival), Poland and America and started releasing new albums again. Shelley and Williams were joined by Simon Lees (guitar), who left the band in 2007.

You're All Living in Cuckooland (2006 Studio Album by the Hard Rock Legends)....their First in Almost 25 Years! Back in the Late 1970's and 80's, the Band Established a Beachead of Fans in San Antonio, Texas thanks to the Late, Legendary Radio DJ Host Joe Anthony, who Made their Recordings Integral to his Show. (Among Other Bands Like Moxy, Garfield, the Ramones, Rainbow, Rush and More!) These Fans Kept the Embers of the Group Alive and Eventually Made it Possible for them to Rise Like a Phoenix and Reclaim their Status as Legendary Rockers! Viva Budgie!

February 2008 and Budgie embark on their first Australian tour honoured to have Dio's axeman Craig Goldy guesting on guitar. Craig and Budgie will be joining forces once again to play Poland in November and the Hard Rock Hell extravaganza in December at Prestayn, Wales. Viva Poland!

2) Peter Edward Clarke, (born 21 August 1957, in St Helens, Lancashire), better known as Budgie, is an English drummer. He began his career with the Spitfire Boys and Big In Japan before playing with The Slits on the album Cut. In September 1979, Budgie joined Siouxsie and the Banshees and became a permanent member of the band until they split up in 1996.

He also formed a second act, The Creatures, in 1981, together with Siouxsie Sioux, whilst with the Banshees. Budgie married Siouxsie in 1991 and they divorced in 2007.

The musician also worked with Indigo Girls in 1992 on the album Rites of Passage. He also played drums for John Cale during his summer 1998' US tour : Budgie played each night two sets, one with Cale and one with The Creatures. In 2009, Budgie toured with Juno Reactor.