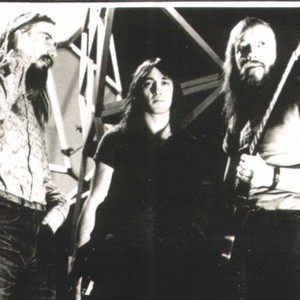 The Groundhogs fronted by Tony McPhee on Guitar and Vocals were a top Progressive Blues Rock Group. Emerging in the early sixties as a blues band, noted for backing visiting American Blues Artists such as John Lee Hooker. The band evolved in the latter part of the sixties into a heavy rock group scoring a hit with their fourth and possibly most popular album ?Split'. Through the seventies the band continued to record and play live as a trio with changing band members, towards the end of the seventies recording as a four piece with addition of a second guitar.

The band disbanded in the late seventies later to reform a year or so later as a trio with new members. The Groundhogs continued through the nineteen eighties with many personnel changes through to 2004 when the band was finally laid to rest by leader Tony McPhee.
In 2007 Tony McPhee once again put a working band together for live concerts.

Live At The Astoria (DVDA)