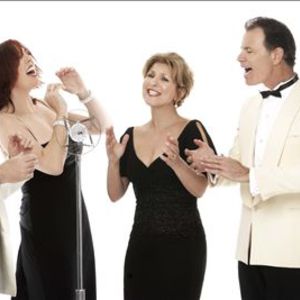 There is more than one artist with this name: 1) Man are a rock band from South Wales with a cult following. Originally the second incarnation of Welsh rock harmony group The Bystanders, they are a band with 'more history than the Greeks', who are celebrating their 40th anniversary this year. Man's history is full of weird, colourful stories. Some stories include getting arrested in Belgium on both of their visits, brawling with an Icelandic audience, meeting the likes of Tommy Cooper and Bill Graham, their many line-ups, and so on.

1) Man are a rock band from South Wales with a cult following. Originally the second incarnation of Welsh rock harmony group The Bystanders, they are a band with 'more history than the Greeks', who are celebrating their 40th anniversary this year.

Man's history is full of weird, colourful stories. Some stories include getting arrested in Belgium on both of their visits, brawling with an Icelandic audience, meeting the likes of Tommy Cooper and Bill Graham, their many line-ups, and so on. Man also have connections with bands like the Neutrons, Gentle Giant, Badfinger, Status Quo and Iceberg (Deke's band while he went solo).

The Bystanders had been a pop harmony group in the 1960s, signed to Pye Records and living in London, who had released a few singles to no great success. But with the departure of singer Vic Oakley and the arrival of guitarist Deke Leonard in 1968, the band - Leonard, Micky Jones, Ray Williams, Clive John and Jeff Jones - decided to change their style altogether, moving from pop to West Coast psychedelia, inspired by American bands such as Quicksilver Messenger Service and Frank Zappa and The Mothers of Invention.

From 1968 up to 1976 they rocked the UK, America and Germany with their gritty progressive rock. They have been hits with many radio DJs, producers, promoters, and John Lennon was (supposedly) a fan of Deke's album, Iceberg. Some of their most popular songs from this era include Spunk Rock, Bananas, Many Are Called But Few Get Up, C'Mon, Daughter of the Fireplace, and Romain.

1974 was probably Man's biggest year commercially. Rhinos, Winos & Lunatics was tipped to be the album which brought them international fame. Certainly, it was the best reproduction so far of their improvisational live format in the studio. They were subsequently joined by Quicksilver Messenger Service guitarist John Cippolina (or "Chippo" as they called him) for a live album, "Maximum Darkness" which featured two old Quicksilver gems, the Buffy Sainte-Marie song "Codeine" and "Babe I'm Gonna Leave You". Of course, they never did become famous, and in 1976, they broke up, swearing never to be "like one of those bands who reformed in a futile attempt to recapture past glories and maybe earn a buck or two along the way".

They reformed in 1983. The band this time was to stay constant until 1996(ish): Micky Jones and Deke Leonard on guitars, Martin Ace on bass, and John Weathers on drums. During this time, they produced more hits, such as "Feather on the Scales of Justice", "Mad On Her", "Wings of Mercury", "Call Down The Moon", and "Heaven and Hell".

Weathers was fired in 1996 and was replaced by returning former drummer Terry Williams, probably the most successful of the band, having served elsewhere in bands such as Dire Straits although this is not held against him (not much, anyway). Terry left the band in 1997 and was replaced by continuing incumbent Bob Richards. Bob's first gig was a welcome back to Deke who had suffered a mild stroke which required some time off the road for recovery.

Former keyboardist Phil Ryan returned in 1998 taking the band back to the classic 5-piece line-up. Phil played a major role in producing 2000's Endangered Species (which ranks amongst the strongest of the band's lengthy discography) but had to withdraw from the band for personal reasons. He was replaced by Gareth Thorrington who continued with the band until 2006 when he joined the list of sackees.

After surviving into the next millennium, Man produced another album, Undrugged which an attempts at an unplugged type album which started off when Terry Williams was in the band and was finalised by some fresh recordings. It's particularly noticeable for some covers, most notably on Brian Wilson's Sail On Sailor and the Ray Charles classic Georgia On My Mind - the lead vocals on both being handled by Micky.

It was during this time that Micky developed a brain tumour and had to take time off for numerous surgeries. Man continued though, and Micky's son George entered the band temporarily. When Micky recovered, he rejoined just as Deke decided to call it a day, so George became a permanent member of the group.

As before, just when you though a period of stability might ensure circumstance, damned circumstance conspired to intervene once again. In 2005, Micky's health deteriorated due to the re-occurrence of a brain tumour and was replaced by Martin Ace's son Josh. To this day, Micky remains in hospital and the chances of him ever being able to perform again are slim. This is a tragedy for an undervalued and underrated master of the guitar.

Meanwhile, Deke plays sporadic gigs with a reformed Iceberg band, which initially comprised of Deke, former Man member Will Youatt, Clive Roberts, and Bob Richards (Bob was still with Man, though). Sadly, Clive Roberts was diagnosed with lung cancer after their first gig, and died soon after. He was replaced by Brian Breeze, who featured in the original seventies Iceberg lineup (Brian has since been replaced by Ray "Taff" Williams - not to be confused with Ray Williams, the original Man bass player, who died in 1993). Deke is also adding to his literary record by working on a third book. His first two books documented the history of the Manband and also Deke's adventures prior to this. They have been the subject of award-winning radio broadcasts, and the rights have been secured with a view to transferring them to the big screen. Unlike Muhammed Ali, though, Deke is unlikely to be able to play his younger self in the resulting movie!

The latest album "Diamonds And Coal" was released in 2006, after which Gareth Thorrington left, and the band continued as a 4-piece. A 40th anniversary tour in 2008, saw the return of Phil Ryan on keyboards.

For 40 years, Man have delighted fans, angered police and rocked the world with their music. The incorporation of the younger generations of Jones' and Aces' might mean they are able to continue for the next forty.

2) MAN ? is a free two-headed man, each head listening to the other, working as one with the music.
A duo consisting of multi-instrumentalists Fran?ois Rasim Biyikli (piano, rhodes, melodica, guitars, noises) and Charles-Eric Charrier (acoustic bass, guitar, toys), MAN ? produces a rare and elegant form of electro acoustic music that touches base with unchartered territories where anything is possible and that baffles all definition : it is unusual and smart, luxurious and special.
MAN ? shapes climatic variations, invites jazz, repetitive music, pop music.
For the band, it is enough to deem its music to be stamped with freedom.

3) Once, the song Teh Gruwelijke Hardcore was played by MAN, which was formed from members of The Fat Men.

Live At The Rex

Be Good To Yourself At Least Once A Day