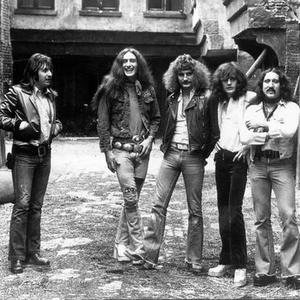 Sometimes jokingly referred to as "The Beach Boys of heavy metal" for their melodic songs, and trademark multi-part harmony backing vocals, although their music draws on diverse influences including psychedelia, gothic sound, progressive rock, hard rock, early heavy metal, jazz, and even country on occasion.

Future Echoes Of The Past - The Legend Continues CD2

Future Echoes Of The Past - The Legend Continues CD1