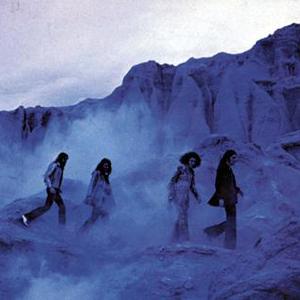 Captain Beyond was a progressive hard rock band formed in Los Angeles, California in 1971. Its members were singer Rod Evans (from England), guitarist Larry Rheinhardt ("Rhino"), bassist Lee Dorman, and drummer Bobby Caldwell. Evans was a former singer in Deep Purple, and Rheinhardt and Dorman had their past in Iron Butterfly. Caldwell had come to prominence playing with Johnny Winter. This was the line-up for the band's first album, 'Captain Beyond'.

Caldwell was replaced by drummer Martin Rodriguez on the group's second album, 'Sufficiently Breathless'. After that album, Evans decided to leave the band, causing the band to break up in 1973. Captain Beyond re-formed in 1976, with singer Willy Daffern, and Caldwell back on the drums. They released 'Dawn Explosion' in 1977, but broke up again in 1978.

The band re-formed once again in 1998 and released an EP, 'Night train calling'. But then they broke up in 2003 when Rheinhardt developed cancer.