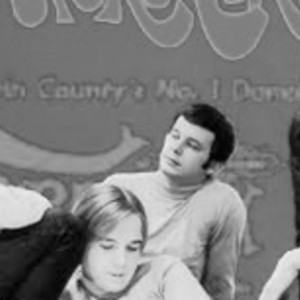 Although the Oxford Circle are remembered by hardcore psychedelic collectors as a San Francisco psychedelic band due to their shows on the city's ballroom circuit in 1966 and 1967, they actually formed in Davis, CA about an hour to the east. The group played energetic garage-psychedelia that was heavily derivative of British bands such as the Yardbirds and Them, and managed to release just one single, "Foolish Woman"/"Mind Destruction," for the tiny World United label.

The flipside was a feedback-drenched piece of raw psychedelia, but it would not be appropriate to place the Oxford Circle in such rarefied air as unheralded Northern California psychedelic legends like the Great Society or even the Final Solution. The group's original material was unexceptional, owing more to punkish blues-rock than groundbreaking psychedelic sounds. Drummer Paul Whaley joined Blue Cheer, which sowed the seeds of the Oxford Circle's breakup, though oddly enough, future blues star Joe Louis Walker played with the group briefly. Gary Lee Yoder, the Oxford Circle's principal songwriter, formed Kak (which recorded for Epic) and also showed up in a late version of Blue Cheer. An entire 1966 concert, in surprisingly excellent fidelity, formed the basis for an Oxford Circle CD in 1997 that also included their single and a couple of unissued cuts.