A Hope For Home 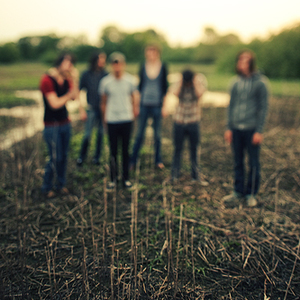 A Hope for Home (commonly abbreviated to AHFH) is a band based in Portland, Oregon that formed in 2006. They have 3 studio albums, two of which were released on Facedown Records and Strike First (the imprint label of Facedown Records). Throughout their career, A Hope for Home has controlled many of the aspects of their music including the recording, production, mixing, art direction, and art design. These commitments have allowed them to achieve the precise sound and imagery of their intentions, and have become part of the band's dynamic.

Founded in 2006 by friends Kyle Cooke and Matthew Ellis, A Hope for Home has come a long way from their local showcase beginnings. After a long struggle with cancer, founding member Kyle Cooke died of cancer on August 5, 2006. A Hope for Home has since continued with new members, while still bearing the name created by Kyle Cooke as a sort of remembrance to their formation. After their first release Here, The End in 2007, A Hope For Home gained both praise and a loyal fan base.

After signing with Strike First records in 2008, they re-released their sophomore effort "The Everlasting Man" and a very busy tour schedule followed in the year to come. However, their following album, and Facedown Records debut Realis, proved to be a turning point for the band stylistically. Abandoning certain cliches and striving toward a more experimental and ambient sound, they quickly found themselves without a stylistic home in the current scene. They began to experiment even further by 2011 with the release of their fourth album, In Abstraction, on Facedown Records.