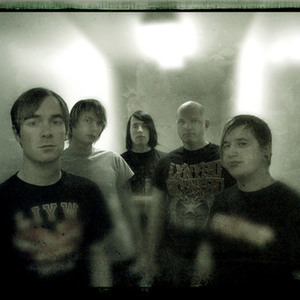 With heavy-hitters like Himsa and Champion leading the way, striving to be a successful, up-and-coming hardcore band in the Pacific Northwest these days is no easy task. Some might even say it's a fruitless endeavor. Inked In Blood however, begs to differ. The boys of IIB refuse to back down to their predecessors and like a stubborn bulldog that fights when the odds are stacked against it, they proceed in the face of adversity.

In the Spring of 2004, Inked In Blood dropped a melodic hardcore bomb on an unsuspecting public with their release of the ?Awakening Vesuvius? EP. It starts off with a little taste of the old school and then proceeds to become a melodic, metal masterpiece. With lyrics that reach far beyond the typical ?teen angst? issues, IIB strives to reach their audiences with concepts such as humility, humanity, compassion and life as process, not as product. Critics say that Inked In Blood's ?Awakening Vesuvius? is five songs of pure energy, emotion, and in-your-face aggression and is easily one of the most intelligent, inspiring and hard-hitting releases to ever hit the streets of Portland. No doubt IIB has become the foam on the leading edge of the new hardcore swell.

With their motto of ?hit ?em hard and hit ?em fast? Inked In Blood brings their most amazing attribute to the table; their live performance. If attending an IIB show, be prepared to be floored by acrobatic stage antics with plenty of finger-points, pileups and breakdowns. An intense combination of movie samples and slam poetry also help to give Inked In Blood a one of a kind show that leaves their audiences speechless.

So if you think you've heard all that hardcore has to offer and have found it lacking then look no further than Inked In Blood. They have raised the standard and destroyed the norm. They will fill your heart and mind with conviction, passion and hope. They will change what hardcore is today and what it will be tomorrow. For fans of Shai Halud, Misery Signals, Strongarm, As I Lay Dying and Seven Angels Seven Plagues.