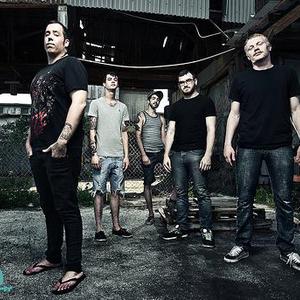 I Am Abomination are a "progressive post-hardcore" band formed in Taylor, Michigan in 2007. They self-released their debut EP Jaw-Dropper in 2008. Their debut full-length album, To Our Forefathers, was released 2010 via Good Fight Music and produced by Joey Sturgis. The band has since released a digital EP titled Passion of the Heist with a song featuring Caleb Shomo of Attack Attack!. The band's current lineup is Phil Druyor (vocals) and Nick Sampson (guitar).

Passion Of The Heist II

Let The Future Tell The Truth

Passion Of The Heist (EP)