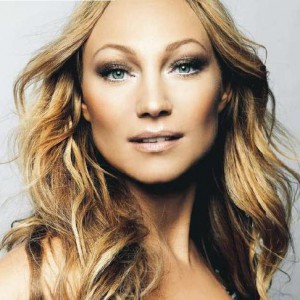 Charlotte Perrelli (born Charlotte Nilsson on October 7, 1974, in Hovmantorp, Sweden) is a Swedish singer. She is most famous for winning the Eurovision Song Contest in 1999 with Take Me to Your Heaven. Perrelli won Melodifestivalen 2008 and represented Sweden once again in the Eurovision Song Contest with Hero. She has released six albums as of 2008, four in English and two in Swedish. Charlotte Perrelli is a Swedish singer and occasional television host...

Charlotte Perrelli is a Swedish singer and occasional television host, perhaps most famous for winning the 1999 Melodifestivalen and subsequently that year's Eurovision Song Contest with the song "Take Me to Your Heaven". Since then she has released six singles and five albums. Perrelli once again won Melodifestivalen 2008 and represented Sweden in Eurovision Song Contest 2008 with her disco song "Hero". She is one of Sweden's most popular female singers, often performing at Sweden's top shows. Throughout her career, she has worked with different types of music, ranging from dansband and schlager, via modern pop, to soulful ballads and jazz melodies.

Perrelli is married to Stockholm-based Italian restaurateur Nicola Ingrosso, brother of Emilio Ingrosso who was married to another Swedish singer Pernilla Wahlgren in the 1990s. Following a feud with the rest of the family, Charlotte and Nicola decided to change both of their last names to Perrelli. They reside in Stockholm with their two sons. In June 2008 the couple officially announced that they were taking a break in their relationship. It had been speculated for some time in the Swedish media that their relationship was on the rocks. It is believed that Charlotte's heavy workload was a contributing factor to the couple's split.[2][3] This was later denied by both Nicola and Charlotte, the couple stated they was just taking a break from each other but were still very much in love.

In 1999, the long-standing rule that each country had to sing in one of its own national languages was abolished, and it was also decided that France, Germany, Spain and the United Kingdom, as the highest-paying European Broadcasting Union subscribers, would automatically be allowed to participate every year, irrespective of their five-year point average. Also, the requirement of an orchestra was optional.

The Israeli broadcaster chose not to use an orchestra, which meant that for the first time in the history of the contest, all entries would perform using a backing track. This change was criticized by two-time Eurovision Song Contest winner Johnny Logan, who commented that the contest turned into "karaoke". Latvia wanted to take part this year, but the country withdrew at a late stage, giving the opportunity to Hungary, but Hungarian TV didn't except the offer either, so the 23rd spot was given to Portugal. Finland, Greece, Macedonia, Romania and Switzerland stayed at home.

The Lithuanian delegation was trying to keep its budget problems under control and they were allowed to arrive at the Eurovision Song Contest venue a day later than everyone else to save costs. The Cypriot song by Marlain had been one of the favorites to win the contest, so many experts were shocked when the song just got 2 points altogether, both from the United Kingdom televote. The Croatian entry Maria Magdalena was sanctioned after the contest, as it used synthesized male backing vocals despite the rule stating that all vocals would have to be performed live on stage. Croatia lost 33% of their points, giving it a lower five-year average.

The Swedish delegation was very surprised about their victory of Charlotte Nilsson's Take Me To Your Heaven. Had the song in Sweden been seen as old-fashioned, the European televoters thought differently and saw the song as a charming hommage to the ABBA-sound. Sweden's win was endangered by the Icelandic and German songs during the voting, but when the Bosnian jury gave Sweden its 12 points while ignoring Iceland completely, it was clear that Sweden would be the winner of the 1999 Eurovision Song Contest.

When the winner of the 1998 contest, Dana International, was about to hand over the trophy to Charlotte, she fell down on stage in her stilettos causing a security alert in the hall.