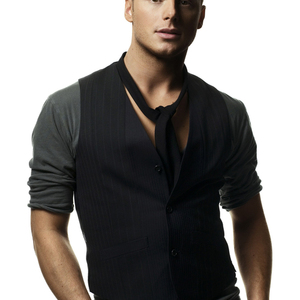 Magnus Carlsson (born June 24, 1974, in Bor?s, Sweden) is a Swedish singer. He was lead singer of the dansband Barbados for eleven years. In 2002 he became the fourth member of the Swedish pop-disco band Alcazar. He is now a solo artist. Carlsson has participated in Melodifestivalen (Swedish preselection for the Eurovison Song Contest) every year between 2000 and 2007, except in 2004, either with Barbados, Alcazar, or solo.

In 2006 he qualified for the Melodifestivalen final with Lev Livet! composed by Anders Glenmark and Niklas Str&ouml;mstedt. He competed as a solo artist again in Melodifestivalen 2007 with Live Forever but didn't reach the final.