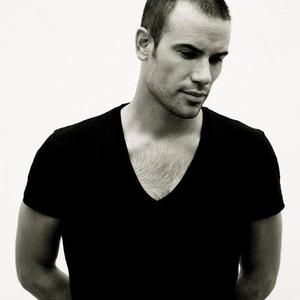 Martin Stenmarck (born 3 October 1972 in Stockholm) is a Swedish singer and actor. He represented Sweden in the Eurovision Song Contest 2005 with Las Vegas, finishing 19th with 30 points. In 2006, he released his first single in Swedish; 7milakliv, which became one of the year's biggest hits in Sweden. The single was certified Platinum and spent 10 weeks at #1 on the official Swedish singles chart.

In 2006, he released his first single in Swedish; 7milakliv, which became one of the year's biggest hits in Sweden. The single was certified Platinum and spent 10 weeks at #1 on the official Swedish singles chart.

The album Nio sanningar och en l?gn (Nine truths and one lie) topped the Swedish albums chart and achieved Gold status in the first of its three weeks at #1.

He has also made actor career, by dubbing his voice for animated films. He provided the Swedish voice for Lightning McQueen in the Disney movie Cars.

Just like in 2004, ten countries had a reason for partying as the went on to qualify for the Final of the 2005 Eurovision Song Contest: Romania, Moldova, Denmark, Croatia, Hungary, Norway, Israel, Switzerland, FYR Macedonia and Latvia. Unlike in 2004, there was no clear favorite among the ten qualifiers and the 14 who already pre-qualified to the Final. A handful of countries were tipped as the winner.

After an exciting start of the voting, it soon became clear that Greece,represented by Helena Paparizou with the song My Number One, and Malta's Chiara would fight for the crown of European music. Both had already participated before in the Eurovision Song Contest; Helena as part of the group Antique, which came 3rd in the 2001 contest (which was Greece's best ever result at that time). Chiara had also come third in a nail-biting finish in Birmingham. in 1998. However, in the last part of the voting, it became clear that Greece would take the trophy home to Athens. The Romanian entry Let Me Try by Luminita Anghel & Sistem came third after winning the Semi-Final. 2005 is the only contest to date where a pre-qualified finalist has won the contest's Final.