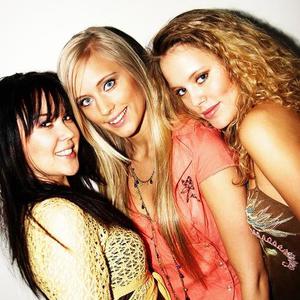 Sheelah formerly known as Caracola is a Swedish girl group with the three singers Frida Karlsson, Emma Lewin and Emilie Ros?n. They sing in harmonies as well as in chorus, and the style of their music varies between schlager pop and Ibiza-style trance, but a dance element is usually present. The name was changed from Caracola to Sheelah in 2009, after a disagreement with their earlier record label, who had the rights to the name Caracola.

On February 23, 2008, they participated in the third semi-final of Melodifestivalen 2008 with the song "Smiling in Love". After finishing within the top half of their semi-final but not within the top-quarter, they got through to the round called 'Andra Chansen' ('Second Chance') on March 8, but lost in a head-to-head vote against Ola's "Love in Stereo". Nonetheless, "Smiling in Love" went on to become one of their greatest hits in the Swedish singles chart, spending significantly more weeks on the Swedish singles chart than any other hit of theirs to date, outlasting nearly all of the Melodifestivalen entries that reached the final of the competition, and notably spending twice as many weeks in the Swedish Top 25 as Ola's song, which managed only seven, of which one in the Top 10.

Caracola have released albums in both Swedish and English, but these have been less successful than their singles so far, their first "Caracola" (2006) peaking at No. 34 and spending just two weeks on the Swedish album chart, their second "Love Alive" (2007) peaking at No. 43 in its sole week on the chart, and their third "This is Caracola" (2008) peaking at No. 24 though enjoying a total of nine weeks in the Top 50 albums chart in Sweden.