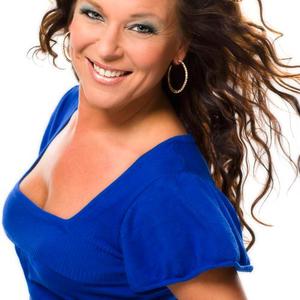 She has also sung some songs with more "serious" lyrics, such as Tusen Sk&auml;l Att Stanna (1992), Alla Lyckliga Stunder (1993) and En Liten Stund P&aring; Jorden (2000). She often sings in the Swedish language, but has also done some singing in English. Starting in 1989 Lotta Engberg sang with her former husband Anders Engberg's "dansband" Lotta & Anders Engbergs Orkester, but in 1994 she started her own dansband, Lotta Engbergs Orkester, later shortened to Lotta Engbergs. She sang in the group Kikki Bettan Lotta between 2001 and 2004.

Belgium had the honour of hosting the 1987 Eurovision Song Contest for the first time in the country's history. he highest number of participants ever entered this year's song contest: 22 countries found their way to Brussels. Greece and Italy returned to the contest after one year's absence. The 1986 contest was won by a Walloon entry, but in 1987 the Flemish broadcaster, BRT, was responsible for the Belgian entry. BRT also wanted to co-organise the contest, but the Walloon broadcaster, RTBF decided to organise the Eurovision Song Contest 1987 on their own. The presenter of the 3-hour-show was the successful Belgian artist Viktor Laszlo who opened the contest presenting her latest song Breathless.

The winner of the 1987 Eurovision was Hold me now performed and written by Johnny Logan, who had already won in 1980 with What's Another Year and had written the second-placed song in 1984 Terminal 3 performed in Luxembourg by Linda Martin. Johnny was the first singer to win the contest twice as a singer, but this would not be his last victory as he won the trophy again as a composer in 1992 when he wrote Why Me by Linda Martin which would win in Malm?.

Germany came second this year with the song Lass die Sonne in dein Herz by the group Wind. For the group, it was already the second silver ranking after being the runner up in 1985. The song still ranks as one of the best-known Eurovision hits in Denmark. Italy sent two internationally-known stars to Eurovision this year: Tozzi & Raf. Raf had written the worldwide hit Self Control three years earlier which was both a hit for him and for the cover-version by Laura Branigan. Although Eurovision statistics show that most male duos do not do well, Italy finished in third place in 1987.