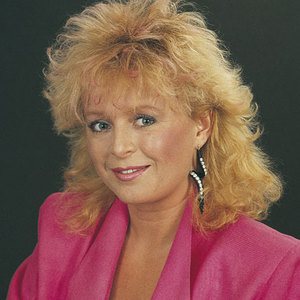 Ann-Kristin (Kikki) Danielsson (born 10 May 1952 in Osby, Sweden) is a Swedish pop, "dansband" and country singer. Totally, she has participated nine times at the Swedish Melodifestivalen and one time at the Norwegian Melodi Grand Prix. She has participated in the Eurovision Song Contest twice, in 1982 (as a part of the Swedish pop and country group Chips with the song "Dag efter dag", finishing 8th) and in the 1985 (solo) with the song "Bra vibrationer", finishing 3rd.

The city of Gothenburg was chosen by the Swedish broadcaster to be host city to the 1985 Eurovision Song Contest.This year, the Netherlands chose to withdraw from the contest because it collided with the country's national Rememberance Day. Yugoslavia also decided to stay home because of a national holiday. Israel and Greece returned to the contest so the number of participants was 19 again, just as in the previous year. The set in Gothenburg's Scandinavium was very modern and bigger than any venue before. Parts of the set would later be re-used for the Swedish national final Melodifestival in 1987.

Norway surprised everyone with their victory this year. The entry La Det Swinge" by the duo Bobbysocks, won after a close race with the German entry, F?r Alle by the group Wind. Bobbysocks consisted of the singers Elisabeth Andreasson and Hanne Krogh. Elisabeth had already taken part in the Eurovision Song Contest in 1982 for Sweden where she was one half of the group Chips. Hanne Krogh had represented Norway already in 1971, but only came 17th with her song Lycken Er. She would again return to the Eurovision stage in 1991 as part of the Norwegian group Just 4 Fun.

The contest was hosted by former participant Lill Lindfors who shocked the audience with an act in which it seemed that her skirt was torn off. This was of course well-rehearsed, and remains one of the most-remembered highlighs in the history of the Eurovision Song Contest. She also congratulated the Norwegian team by saying: "I'm so pleased you won. Norway so often loses.".

Postcard From A Painted Lady