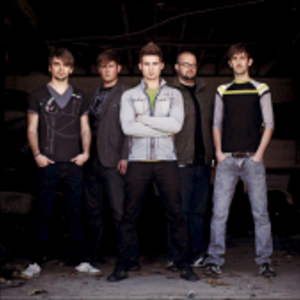 The members of latest modern rock outfit, Sixteen Cities, may only range in age from 21 to 23, but each is well on their way to veteran status. Besides making inroads throughout the Portland indie music scene over the last few years, the fivesome actually started performing on a regular basis at the beginning of high school. But the group was far from typical in its genesis, forsaking dreams of record deals and national recognition in favor of ministering to classmates in an unchurched (and potentially uncomfortable) public school setting.

?We started out by leading our peers in worship on Wednesday mornings and we fell in love with it,? recalls Josiah, citing the group's moniker inspired by the tribe of Issach?r in Joshua 19 that also understood the current needs of its generation. ?As soon as we graduated, we all prayed and sought God's true heart and will. We felt called to full time music ministry, but knew nothing about the music industry. We started playing in the Portland area and four years later we got a phone call from a guy with a ministry called Common Ground. It's basically a huge production with concerts, games and a gospel presentation in a public school. So here we were thinking we'd have no chance to continue singing to students after having just graduated, and we wound up in front of hundreds and sometimes thousands of teenagers in gymnasiums singing about Jesus.?

Considering the guys possess an ultra-current yet equally timeless combination of The Fray, Jars of Clay, The Afters and Death Cab For Cutie, it's been a natural fit for audiences of teens and twenty-somethings, though the more word spread about the band throughout the upper Northwest, the more God's plan seemed to point towards a broader scale. ?We never dreamed of becoming famous, but our contacts developed naturally and we found one door after the next opening up for us,? Josiah continues. ?What started as giving a demo to a friend at a local Christian bookstore chain turned into it getting passed around the industry and getting to meet up with various contacts at Gospel Music Week in 2008.?

In addition to linking up with current manager Ryan Shrout (former lead guitarist of the career platinum selling act Kutless), Sixteen Cities was invited to an indie artist retreat hosted by Centricity Music, and the rest, as they say, is history. After inking a deal in the fall of 2008, the group hunkered down in the studio to craft its self-titled debut alongside all-star producers/songwriters Jason Ingram (Brandon Heath, Tenth Avenue North) and Rusty Varenkamp (Bebo Norman, Rush of Fools).

?I co-wrote most of the songs on the record and I can say as a whole this project seeks to speak to people's hearts and convey a message of hope,? unveils Josiah. ?I've always written with a more personal approach because I believe it's important to show God's a real person in my life and not just someone I only talk about with Christianese lingo. In starting out in the public school system, you realize it's really important to never come across judgmental or condemning and introduce Christ in a relevant way. It's all about showing them how real God is and to encourage them to rise above the status quo and truly live for Christ. Sixteen Cities is more about challenging and pressing kids to make the most of what God has for their lives rather than living a life of complacency.?

Several of the album's songs indicate that exact approach, from the contemplative piano pop of ?Come As You Are? to the empowering mid-tempo rocker ?Someone's Work of Art? and the joyous jumper ?Sing Along.? Perhaps most pertinent to the group's goal is, ?Pray You Through,? an immediate anthem about sincerely blanketing a struggling person with petitions, especially if the problem proves so difficult that mere words won't provide enough comfort.

It's truly a bold and authentic approach that's even more remarkable given the public school settings where the group continues to give the majority of its concerts. But upon closer examination of the cause, those messages are unfurled within a pop culture-friendly entertainment experience possessing the utmost relevance towards today's teens.

?Our country has basically shut the door to Christianity in schools, but it's still our calling to reach out to students who may have never heard the gospel or stepped into a church's door,? confirms Joshua. ?The outreach events are typically advertised throughout the week and then we perform on Saturday nights along with a ton of cool things to do, like a cash cage or contests to win a dune buggy or chopper motorcycle. If Jesus came back to earth now, I don't think He'd go to the churches, and come to think of it, He really didn't before. He went where no one else was sharing and right now we see students in public schools as one of the biggest voids to hear that message.?

Of course, Sixteen Cities will be supporting the self-titled CD in more traditional terms as well, including shows at churches, clubs or coffeehouses, plus lending opening act support where applicable. Thus far the group's resume includes dates with the lauded likes of Kutless, Sanctus Real, Building 429, Fireflight, Shawn McDonald, Remedy Drive and Falling Up to name a few. There's even a three week tour of schools and churches in Denmark, which coupled with Josiah and Joshua's off the road roles as home church worship leaders, makes Sixteen Cities amongst the most pliable and diverse acts hitting the pavement these days.

?It really doesn't matter where we're performing, we just try to break down the barrier between the stage and the audience in hopes that the message can be heard and accepted,? Josiah affirms. ?It's an ideal show if everyone starts off jumping around and having a great time, but then walk away feeling like they've had an authentic experience where they've either been introduced to Jesus for the first time or feel stronger in their faith than when they first walked in.?

The Depth Of Your Love

Love Is Making A Way

Your Love Is Worship (EP)

Come As You Are (EP)