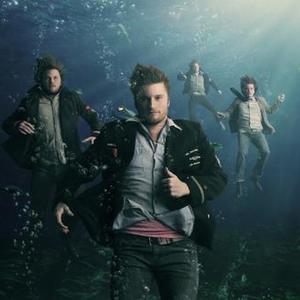 Seabird is a rock band hailing from Northern Kentucky. They originally started out with Aaron Morgan (lead singer, and keys) playing songs with bassist Micah Landers, keys and accordion player B.O.D. and drummer Aaron Hunt and later added Chris Kubik on bass. They recorded an e.p. titled "Spread Your Broken Wings and Try" in one of the band members bedroom. After adding a guitarist, Aaron Morgan's brother, Ryan, their e.

was passed on to EMI records, and after playing a personal showcase, Seabird was signed soon after. They recorded a full length album called, "Till' We See The Shore" with Credential Recordings, a branch of EMI. The release date was June 24th, 2008. They released an e.p. titled "Let Me Go On E.P." in the fall of 2007 with three songs from the upcoming album, along with a remix of a song.

'Til We See The Shore