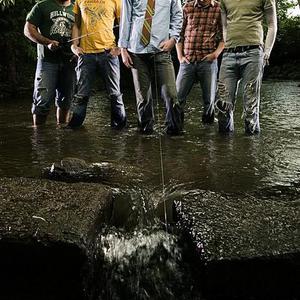 Nevertheless is a Christian Rock/Pop band from Chattanooga, Tennessee. The band consists of Joshua Pearson (vocals, acoustic guitar), Adam Wann (bass), Brad Jones (guitar), Adam Rowe (drums), and AJ Cheek (guitar). They are currently signed to Sony BMG's Christian label, Flicker Records, and have two albums out: ?Live Like We're Alive?(2006) and "In The Making.."(2008). Their current single is from "In The Making" and is titled "Sleeping In".

The band has shared the stage with Skillet, Hawk Nelson, Superchic[k], Falling Up, Decyfer Down, Number One Gun, Kids in the Way, and many more. The reason they tour is not for increasing sales? ?The moment we stop caring about the people who buy our records is the moment I hope the band breaks up. We are going to try to shake hands with every single person we come in contact with, and if it ever reaches a point where we cant we will come up with something else to let people know we care. We are here for others, to help people, to give them something that will see them through, not just for ourselves. There is something larger at stake. When you are dead album sales won't matter.?

Nevertheless is also a tree man Jazz-combo from lucerne, Switzerland.

Nevertheless is also a hardcore punk band from Boston. They released a self titled 7 inch along with a split 7 inch with Arise. Both records were released in 1993.

From The Inside Looking In (EP)