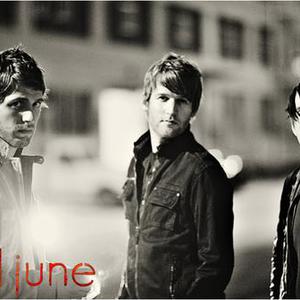 Until June is quietly conquering the music world? The indie-cool-meets-pop sounds created by trio Josh Ballard, Dan Ballard and Daniel Dempsey offer a fresh take on the term ?piano rock?. With a #1 single in Greece and extensive touring in the U.S., Southeast Asia and the Mediterranean under their belts, UJ is steadily amassing a loyal alliance of believers worldwide who are eager to share their discovery. Melodic falsettos belted out over lush rock instrumentation provide the perfect paradox of sound that almost feels like a guilty pleasure.

Until June released their new EP ?Sound of Defeat? on Authentik Artists on May 19, 2009 and will be touring internationally throughout the year.