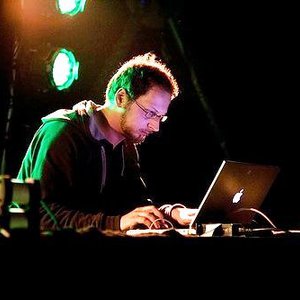 Mike Paradinas is ?-Ziq, pronounced, simply, "music". He has released music under various appellations, among them "Jake Slazenger" "Kid Spatula" "Gary Moscheles" and "Tusken Raiders", and under his primary moniker as ?-Ziq has collaborated with one of the most visible leaders of the modern electronic movement, Richard D. James (Aphex Twin) on the album Mike & Rich - Expert Knob Twiddlers. ?-Ziq also owns and runs the electronic label Planet ?, which hosts a number of electronic music artists.

?-Ziq also owns and runs the electronic label Planet ?, which hosts a number of electronic music artists. Paradinas shows an uncanny knack at spotting the most innovative and interesting electronic acts from around the world, signing new talents such as Venetian Snares, Vex'd and Chevron. These days the label is moving in a dubstep direction and has arranged a cd from Radio 1 DJ Mary Anne "Flower" Hobbes

Planet ? soars to new heights, and many argue that it has taken Warp's place in the drivers seat in terms of innovation and forward-thinking in electronic music. The label has taken a darker turn, with the rising popularity of gabba, breakcore and dubstep.