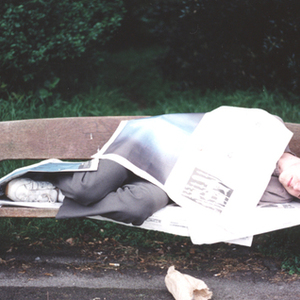 Bogdan Raczynski is a Canada-based electronic music artist. He was born in Poland, but his family moved to the USA while he was a child. He went to art school in Japan but dropped out, after which he spent time playing trumpet in Japanese jazz clubs and making techno songs on his computer using trackers, which he would release on the Internet under the netlabel Kosmic Free Music Foundation under the moniker "Karl".

He also released music on the netlabels "noise" (as bogdan and undercover agent) and "mono" (as bogdan and ice.climber). Eventually he became homeless and lived on the streets of Tokyo, or in the homes of friends, still making music on his computer in the meantime; the song Nihon de Homeless on Samurai Math Beats reflects this. He was signed to Richard D. James's Rephlex Records label. Many of his early music/demoscene tracks made it nearly unchanged onto his debut album, Boku Mo Wakaran (Rephlex CAT082 CD).
To describe his music is far from easy, with pieces nearing drum n bass or others avant-garde, electro pop, techno or even breakcore. Better defined as eclectic.

I Will Eat Your Children Too V