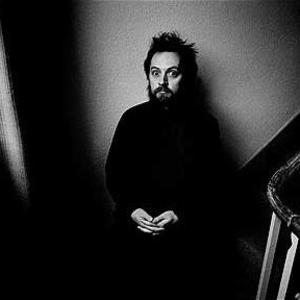 Tom "Squarepusher" Jenkinson can be broadly described as an electronic musician, though he is perhaps best known for his experimental drum and bass with a heavy jazz fusion influence. A skilled bassist and multi-instrumentalist, Jenkinson's virtuoso playing is a staple of his music and one of the more obvious affiliations with jazz (although his formal arrangements are often as jazz-derived as his playing). His bass style includes melodic fretless playing, high-speed slap bass and intricate chordal work.

Born in 1975 Essex, England, the son of a jazz drummer, Jenkinson grew up listening to greats such as Miles Davis, Charlie Parker, and Art Blakey, plus dub pioneers King Tubby and Augustus Pablo. He played bass and drums in high school but was frustrated by the limitations of playing with other musicians. Introduced to electronic music through experimental electro-techno artists such as LFO and Carl Craig as well as the local rave scene, Jenkinson soon began assembling these disparate influences into an amalgam of post-bop, avant-garde and progressive jazz with breakbeat techno, making heavy use of the Amen break.

His initial releases were the Conumber EP (1995) and (as Duke Of Haringey) the Alroy Road Tracks EP (1996) on Spymania. They were initially disregarded as misplaced perversions of jungle's more obvious compositional principles, but found a ready audience in fans of post-acid house experimental listening music. Tracks from these EPs were later compiled onto the album Burningn'n Tree.

His first album, Feed Me Weird Things was released in 1996 by Richard D. James's own label Rephlex, and from there he progressed to Warp Records for the Port Rhombus EP, classic second album Hard Normal Daddy (1997) and all subsequent releases to date, except for an album of old acid techno tracks, Buzz Caner released under the name Chaos A.D. by Rephlex in 1998.

For Music Is Rotted One Note (1998) he stopped using sampled drum breaks and instead multi-tracked himself playing drums, bass, and keyboards. The following year, he released two EPs (Budakhan Mindphone, Maximum Priest) and another full LP, Selection Sixteen.

Go Plastic appeared in summer 2001 and marked a change of direction with entirely sampled and synthesized sounds. It includes the closest thing to a hit single Squarepusher had ever seen, "My Red Hot Car." Subsequent releases such as 2003's Do You Know Squarepusher and 2004's Ultravisitor found him refining his fusion of composition, programming, and musicianship.

More recently, in 2008 Squarepusher released "Just A Souvenir", an album with a more rock-influenced sound, followed in 2009 by "Solo Electric Bass", consisting of live recordings of Jenkinson on the titular instrument.

Be Up A Hello