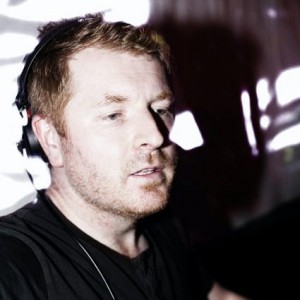 Jimpster is a solo project of - Essex, UK producer, remixer & DJ - Jamie O'Dell (aka Audiomontage & Tea Dancers). He has been active for 15 years & co-running Freerange (aka Freerange Records), for the last ten. His musical upbringing & open minded attitude, to all types of music, has resulted in his productions finding fans internationally, in the electronica, downtempo & house scenes. His seminal Jimpster LP Messages From The Hub (1997) as well as his more dancefloor orientated Audiomontage 12?s...

His seminal Jimpster LP Messages From The Hub (1997) as well as his more dancefloor orientated Audiomontage 12?s really helped establish Jamie as an artist of some merit and he quickly became in regular demand as a remixer (over 50 at the last count!) and co producer on a wide range of underground projects. His third Jimpster LP Amour has just been released on Freerange to great critical acclaim and is already appearing in various published Top 20 LP's of the year (eg. No.17 in IDJ). He has also recently released his first original track for another label, choosing Ben Watt's Buzzin' Fly for Square Up. This has been a big track which has sat in the top 5 of DJ Mag's Hype Chart for a month.

Jamie has also built up his reputation as a highly regarded dj in the UK but even more so abroad. With an emphasis on top quality house music, but never afraid to stray from the path, he retains a freestyle approach that has seen him booked for gigs as diverse as Fabric and Plastic People in London, Cocoon in Frankfurt and 11 in Amsterdam. Other recent gigs have included Go Deeper in Cork, Metro in Kyoto, Propaganda in Moscow and Sonotheque in Chicago.

Jamie is also a member of highly acclaimed live outfit The Bays, whose recent performances on John Peel sessions have confirmed them as one of the most important live acts around today. Their spontaneous and totally improvised gigs have been building up a buzz with recent headlining gigs including many of the worlds best festivals such as Glastonbury, The Big Chill, Womad, Lowlands, Bestival and many others.

Messages From The Hub