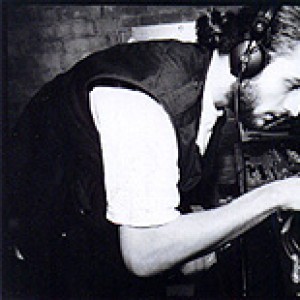 There are at least four artists called PLUG: Luke Francis Vibert from the UK; a blues rock band from the Philippines; Cristian C?rdenas, an electronic musician from Mexico; and a post-punk duo from the UK. - - - - - - 1) Plug is Luke Francis Vibert. Also known as Wagon Christ, Butler Kiev, Ace Of Clubs, Amen Andrews, Spac Hand Luke and Kerrier District. Luke Vibert is from Cornwall, United Kingdom. His first release was in 1994 as Wagon Christ; he contributed the track 'gas fish' to the 'Volume 9' compilation.

2) PLUG is a band from the Philippines. A 4-piece blues rock band composed of Emy on vocals, Rusty on drums, Jul on bass and Chester on electric guitar. PLUG plays modern blues rock music. PLUG is included in BLUESKRIEG, Original Pilipino Blues Music. They appear on a compilation CD produced by Rebolusyon Rekords.

Since then he has been collaborating with collectives and art groups in Mexico like Noiselab, Konfort, Xnografikz, abolipop, and Filtro (his own organization and Netlabel focused in the promotion of digital art). As a musician, he has played live in Mexico at the most important festivals of independent electronic music, like MUTEK, Interface, Transitio MX, etc. Plug also had a series of live presentations in India and Japan.

As a graphic designer he has developed and worked on the images of several groups and organizations inside the electronic music scene, generating sites, packing CDs, and designing and mixing visuals in real time for music events. He coordinated and produced with other sonorous artists and poets a project that merged underground electronic music with poetry, inspired by Mexico City. He developed filtro, a pioneering project of distribution of music through the net (Netlabel), which has met with great success, distributing more than 400,000 mp3s .

4) PLUG are the latest hopes on PARLOUR RECORDS, home of Le Tetsuo and Factory Floor, amongst others. post-punk femme minimalism pervades this duo, with a real nod to Au Pairs and The Slits - sparse tub thumping, conversational, spiraling bass patterns and tribal vocal harmonies topped with Wurlitzer-style organs trilling underneath.