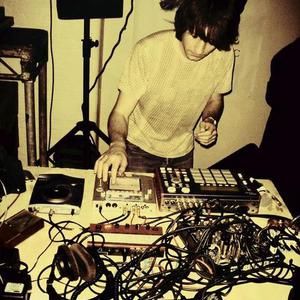 Freeform, or Simon Pyke as he is known to his mother was born in 1977. The boredom of British suburbia meant that he spent much of his teenage years scouring car boot sales for music gear and making fuzzy beats and sound-bites. Shortly after he left school his first releases emerged on WormInterface and Skam records and he found himself in good company alongside label mates including Gescom and Squarepusher.

It wasn't long before he got a taste for playing live and he was whisked off on a month-long UK tour with Autechre. In 1996 he moved to London to expand his musical outlook. In the nine years since then he has released eight albums, six singles and appeared on many compilations alongside other established artists, including Brian Eno, Aphex Twin, and Stereolab.

While Warp, Quatermass, and Leaf are among the stable of respected record labels Simon has released music with, Bill Laswell, Autechre, Atom Heart and Jan Jelinek are some of the names that have remixed his work. Flexing his own producing skills Simon has remixed a range of artists including hip hop act East Flatbush Project, percussionist Glen Velez and M. Mayer for techno label Kompact. The last nine years have also involved extensively touring Europe, USA and Japan playing clubs, festivals and venues including The Pompidou Centre in Paris.

Simon's constant fascination with exploring new areas has seen his work expanding into new areas; 2001 saw the release of "Audio Tourism: Vietnam and China" a project which involved collecting location recordings and instruments and reconstructing the sounds. Love Bytes festival commissioned an interactive Audio Visual environment called "Thefreefactory" . He has also worked on many sound design projects with The Designers Republic. Despite his taste for the weird and wonderful, Freeform's compositions are always other-worldly without disappearing into the void. Acknowledging influences as diverse as dub, gamelan, and electro, Simon likes keep things fresh in terms of style; it's all in the name: Freeform.

Simon is currently living in Brighton and working on new material for Skam Records.