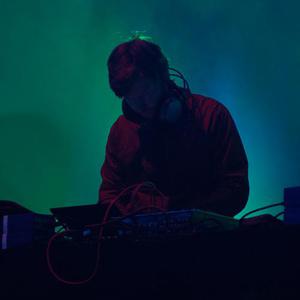 Aphex Twin, born Richard David James, August 18, 1971, in Limerick, Ireland to Welsh parents Lorna and Derek James, is an electronic music artist. He grew up in Cornwall, United Kingdom and started producing music around the age of 12. Richard has been hailed as "the most inventive and influential figure in contemporary electronic music", with his works ranging from ambient pieces to acid techno.

Richard has been hailed as "the most inventive and influential figure in contemporary electronic music", with his works ranging from ambient pieces to acid techno.

Quoted in Mixmag Richard said " I just love electronics and music and putting the two together just came naturally. I did electronics in college. Electronic music is just so lush basically I love messing with acid, jungle, and playing it out to my mates in a night club. Get out there and dance. Let's have it! If anyone's coming to my shows I just want everybody to just dance and have a laugh basically." At a Rephlex party in 2001 Aphex Twin was asked by a journalist if he used the term IDM and he replied "only for rubbish mp3.com music that I don't really like, basically if I say that it's for something shit that I don't care about. It's just funny how online people just copy each other and it's so lazy. Quite funny I reckon."

In 1991 Aphex formed the Rephlex record label with his friend Grant Wilson-Claridge. Signed artists include Mike Paradinas (aka &micro;-Ziq) and Squarepusher.

Also rumoured to be, but has never been proven, part of The Tuss.