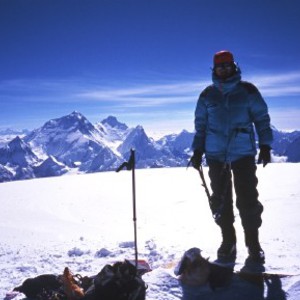 Biosphere is the main recording name of Geir Jenssen (born 1962 in Troms?, Norway), a musician who has released a notable catalog of ambient electronic music. He is well known for his "ambient house" then "arctic ambient" styles, and his use of music loops and peculiar samples from sci-fi sources. His track "Novelty Waves" was used for the 1995 Levi's ad campaign. His 1997 album Substrata is generally seen as one of the all-time classic ambient albums. Before launching Biosphere, Jenssen was a member of the Norwegian dream pop band Bel Canto.