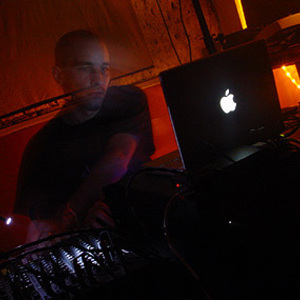 Similar to his work with Savvas Ysatis as SETI, Taylor Deupree's Human Mesh Dance project explores an isolationist headspace comprised of psychedelic soundscapes with minimal beatwork and carefully hoarded samples. He made three releases as Human Mesh Dance, along with appearances on numerous ambient compilations. The debut Hyaline was released in 1994 on Instinct Records, the label which issues many of Deupree's various aliases (and also employs him as graphic designer).

One year later, second album Mindflower appeared, followed in 1997 by The Secret Number Twelve, which was the last LP of the project.

Taylor Deupree (b. 1971) is a sound artist, graphic designer, and photographer residing in New York. In 1997, he founded 12k, a record label that focuses on minimalism and contemporary hybrids of acoustic and electronic music. In 12k's 12 years of existence Deupree has released over 70 CDs by a roster of international sound artists and has developed 12k into one of the most respected experimental music labels in the world. Rooted in minimalism 12k's sound has evolved over the years to incorporate the hyper-synthetic elements of minimal techno to acoustic avant garde and instrumental post-rock. In September 2000, Deupree and sound artist Richard Chartier formed LINE, a sublabel of 12k that curates its continuing documentation of compositional and installation work by composers exploring the aesthetics of contemporary and digital minimalism

Since 1993 Deupree has created critically acclaimed recordings for labels worldwide including Spekk, Plop, Noble (Japan), Ritornell/Mille Plateaux, Raster-Noton, Disko B (Germany), Sub Rosa (Belgium), F?llt (Ireland), Audio.NL (Netherlands), Room40 (Australia), Instinct Records, Caipirinha Music, Plastic City (USA), Dum (Finland), and of course 12k and LINE, among others. In January 1999, Deupree currated a compilation for New York's Caipirinha Music label that he titled ?Microscopic Sound.? This release was among the first to gather together artists of this style and helped put a name to a then-rising genre of electronic music.

His solo works in recent years have explored a fusion of digital sound manipulation with organic and melodic textures that take influences from his interest in architecture, interior design, and photography. Themes of minimalism, stillness, atmosphere, nature, and imperfection prevade throughout his work . An intense passion for recording and studio technology creates a strong technological backdrop for all of his compositions.

Collaboration with other musicians is also a very important aspect of Deupree's work. It is a way to not only create unique works beyond his solo recordings but to also expand his own techniques and processes as a learning experience. Over the years he has collaborated with a wide variety of artists such as Christopher Willits (US, guitar), Kenneth Kirschner (US, Piano), Eisi (Japan, 3-piece acoustic ambient-rock band), Tetsu Inoue (US, sound artist), Frank Bretschneider (Germany, sound artist), and Richard Chartier (US, sound artist), and Stephan Mathieu (Germany). Deupree feels the importance of collaborative work is to not layer two individual styles but to create a 3rd, fusion sound that incorporates the strengths of each collaborator yet sounds like a unique, 3rd identity.

Deupree continues to evolve his sound and approaches each project with a new direction and different process. Continued shifting and sound exploration is vital to his work. He has many recording and remixing accomplishments and a substantial, varied, discography formed over 14 years. His design and photography work has appeared on dozens of projects and record labels around the world and published in a number of books in Japan and the UK.