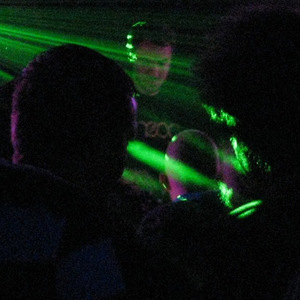 Gianluigi Di Costanzo, aka Bochum Welt, released a number of EPs and albums on Aphex Twin's Rephlex label, Sony Music Japan and Universal Music. His fascination for technology and videogames is evident in his work with Thomas Dolby's Silicon Valley based Beatnik and Headspace Inc; companies which have completed productions for the Universal Studios, Steven Spielberg, David Bowie and many more.

Bochum Welt joined also the Rephlex Australian and European tour as an opening act of The Aphex Twin and recently opened for Thomas Dolby.
Gianluigi, endorsed by Moog Music Inc, is focusing on music and emerging technologies for Apple Inc.

While his music is being published by Chrysalis, the original design of the logo has been produced by Matteo Thun, the world known architect and designer.

He is also managing audio and musical projects for Vodafone, Nokia & others...
Watch out for the new "Robotic Operating Buddy" album on Rephlex Records!

Good Programs (To Be Coloured In Yellow)

Feelings On A Screen (EP)