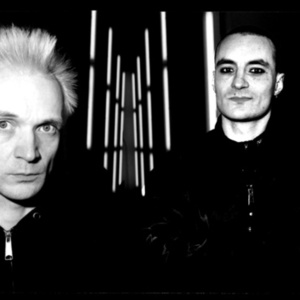 Named after a character on the '60s TV show Flipper, Porter Ricks specializes in subaquatic dub techno, providing the closest touchstone to the static hum and fuzzy beatwork of their quasi label-mates Basic Channel. A collaboration between ambient maestro Thomas K?ner and beatmeister Andy Mellwig, the duo debuted with three 12-inches on the Berlin based Basic Channel sub-label Chain Reaction during 1995-96.

Filtering out any of the harder effects from Detroit techno and Plastikman material with what sounded like an affinity for undersea SONAR frequencies and wind-tunnel ambience, the singles became quite popular with the growing experimental techno scene of the mid-'90s (and even influenced Plastikman in return). By the time of the 1996 CD collection BioKinetics on Chain Reaction, Porter Ricks had moved on to Force Inc with the double-pack Redundance EP, plus the singles "Spoil" and "Exposed." The duo also recorded a single for Barooni before collecting their Force Inc material onto a self-titled 1997 CD. Two years later, the Techno Animal collaboration Symbiotics appeared. K?ner also has a long-running solo career, with a half-dozen albums recorded for Barooni. ~ John Bush, All Music Guide