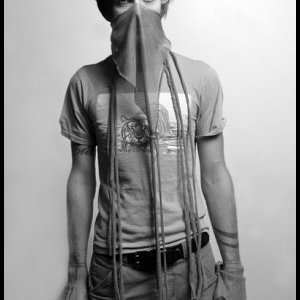 Cex is a musical project helmed by Ryan "Rjyan" Kidwell and started in 1998. Although Cex and Kidwell are frequently used interchangeably, Cex expands to several people at sporadic points, such as particular tours or albums. In the past it has included Kidwell's musical associates, friends, touring partners, or high school bandmates. All of his music up until Oops! I Did It Again were classified as idm (intelligent dance music) and had very little vocals or lyrics for the most part.

All of his music up until Oops! I Did It Again were classified as idm (intelligent dance music) and had very little vocals or lyrics for the most part. However, Kidwell was not content to stay behind the laptop while on tour, and quickly and openly aspired to become "#1 Entertainer". He started to hone freestyling skills and performing new songs. In 2002, he won a coveted tour spot opening for the East Coast leg of the Death and Dismemberment tour with Death Cab for Cutie and old friends from Washington, DC The Dismemberment Plan. Later that year, Tall, Dark, and Handcuffed, his first album with full vocals, was released.

2003 was a pivotal year for Kidwell - after spending his entire life living in or around Baltimore, he packed up and drove out to Oakland, California. Car malfunctions and a week stranded in the western US became the inspiration for his second album of that year, Maryland Mansions, an album about suicide which pushed the motifs of his previous album Being Ridden further and was modelled somewhat on the Nine Inch Nails EP Broken. Two music videos for Maryland Mansions were released early in 2004, and Kidwell moved again, to Chicago a few months later.

Shortly thereafter, he married Roby Newton (from the band Milemarker), and reorganized Cex as a three-piece: Kidwell, Newton, and Cale Parks (from the bands Joan Of Arc and Aloha). This configuration released an EP, Know Doubt, in 2005 on a Chicago label called Record Label. The next Cex album is titled Actual Fucking and will be released July 4th, 2006. The album is heavy on vocals and will be released by Seattle label Automation Records.

Oops, I Did it Again!