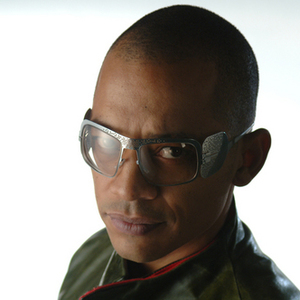 In the mid eighties, at the age of seventeen, Bukem discovered the joys of clubbing. The teenager regularly checked out the local soul clubs and legendary rare groove all dayers. During this time he also ran a jazz funk band. DJing however, was his main thing and by 1987 he gained something of a reputation for his sets. In 1990, LTJ Bukem got his first big break - at 'Raindance'. Booked to play in front of a crowd of 10,000...

Bukem then ventured into the studio to record a track which was to become one of the most influential records of the era. This 12" titled 'Logical Progression' surfaced on the newly formed Vinyl Mania imprint. At once anthemic and relaxing it offered the first true blueprint to Bukem's sonic vision. By the time of his follow up to 'Logical Progression' Bukem had set up his own imprint, 'Good Looking Records' and its debut offering came in the shape of 'Demon's Theme'. Bukem's next release was 'Apollo' in '92, however his biggest breakthrough came with his next release 'Music' in 1993. In 1994 Bukem unleashed '19.5' and the similarly epic 'Horizons'. There were remixes, which included reworks of Jodeci's 'Feenin' and Michelle Gayle's 'Sweetness' and a collaboration with David Arnold on the infamous James Bond theme to 'Thunderball'

The start of the 21st century saw the release of his long awaited solo album 'Journey Inwards'; a diverse and multi directional album of drum 'n' bass, soul, downbeat and house tracks. He has also added to his impressive remixing portfolio with his interpretation of 'The Essence' by jazz legend Herbie Hancock.

On top of this he has continued the 'Progression Sessions' series of live mixes captured on CD, featuring storming performances recorded live in London, the US, Tokyo, and Germany. Bukem also compiled the highly acclaimed 'Soulfood' and 'Soul Addiction' compilations and released not one but two 'Producer' series CDs.

Fast-forward to 2007 Bukem and his label re-entered the fray with new quality releases including the much anticipated Double A sided 12" featuring 'Switch' by LTJ Bukem and the mighty 'Drum Toolz' by MC Conrad and Furney on the flip ? Released November '07 on Good Looking.