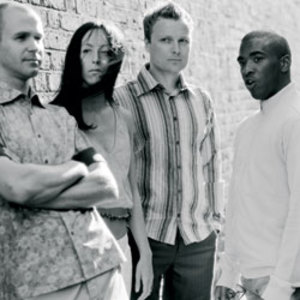 E-Z Rollers are Alex Banks and Jay Hurren - two longtime friends from the small East Anglian town of Beccles. This may seem unusual to those outside of drum & bass circles, but Beccles is actually a hotbed of drum & bass talent. Besides E-Z Rollers, acts associated with the town include PFM, Flytronix, JMJ & Richie and Hyper-on Experience. JMJ is actually Jay from E-Z Rollers and Hyper-on is Alex's former project with Danny Flytronix.

E-Z Rollers have been signed exclusively to Moving Shadow since their first single "Rolled Into One / Believe" in 1994, but their association with the label goes right back to the early 90s when Hyper-On Experience released classic darkcore tracks like "Lord Of The Null Lines." Ironically, this sound couldn't be further removed from what Alex and E-Z Rollers are about. As Alex already knew Jay and liked what he was doing with Richie, they got together to do some tunes. Things clicked immediately with the aforementioned "Rolled Into One" EP. Rob Playford liked it so much in fact, he told them to do an album. "Dimensions Of Sound" was released in 1996 and, with a few singles in between, here they are with the follow-up, "Weekend World".

Titles Of The Unexpected (Vinyl)