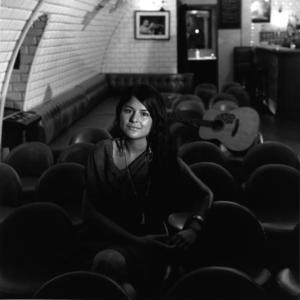 Mariee Sioux is a Nevada City, CA-based singer songwriter. She recorded her debut album, Faces in the Rocks, in May of 2007 and released it via Grass Roots records in October of that same year. She is a folk singer in the vein of Joni Mitchell and Joanna Newsom. Her latest album, Gift for the End, was released in Europe March 2012 via Almost Musique and in the US April 2012 via Whale Watch Records.

Sioux's sound and infusing backvocals are a strong-soft and folky approach to Native American themes, and while in her late records she uses only fingerpicked guitar and piano, Faces in the Rocks features numerous Indian sounds (such as percussion and wind instruments) , aiding Mariee in the quest to illustrate the spirits and joys of the once Virgin Lands.

Mariee has also been friends with Alela Diane since childhood. They recently worked together for Mr. Toad's Sessions.

Gift for the End

Faces In The Rocks

A Bundled Bundle of Bundles