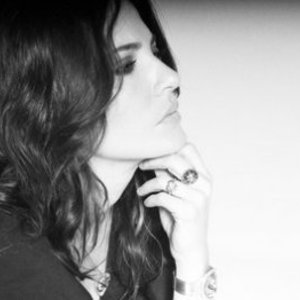 Singer/Songwriter Sarabeth Tucek is from New York. She can be heard duetting with Bill Callahan on Smog's "Supper", providing background vocals on EZT's "Goodbye Little Doll" and on Brian Jonestown Massacre's "We Are The Radio" for which she cowrote one song with Anton Newcombe. Her song, Something For You (a.k.a. Seer) is also covered by BJM on "We Are the Radio". Recently, Sarabeth was guest vocalist on the debut album of The Relationship, fronted by Brian Bell from Weezer.

She has just completed her debut album which was co-produced by Ethan Johns (Kings of Leon/Ryan Adams) and Luther Russell (Richmond Fontaine/Fernando). Look for the coming U.K.-only single release of "Something For You" on white vinyl available through Sonic Cathedral Records. The b-side will be a remix by Rupert Clervaux and Tim Holmes, formerly of acclaimed electronica duo Death in Vegas.