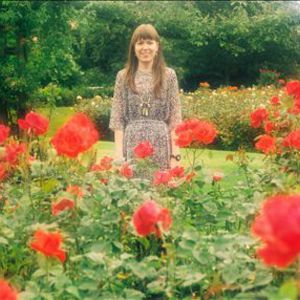 Alessi's Ark is a project of singer-songwriter Alessi Laurent-Marke. She grew up in Hammersmith, London, UK and first became interested in music when her mother gave her a copy of Graham Nash's 1971 album Songs for Beginners. She took up the drums at the age of 11 when her secondary school required students to take up an instrument. This in turn led to her starting her own fanzine called Brain Bulletin (which continues in the form of a blog on her website) in which she wrote about her favourite bands, books and films.

This in turn led to her starting her own fanzine called Brain Bulletin (which continues in the form of a blog on her website) in which she wrote about her favourite bands, books and films. Inspired by a family friend in New York, who wrote a fanzine called The Curse, she distributed it at concerts, through a local record shop and at a launderette on Shepherd's Bush Road.

As part of the coursework for her Music GCSE she had to compose the music and lyrics for a song. Through the basic chords she had learnt fooling around on her sister's guitar and "the combination of the poetry and the stories that I had been writing for my fanzine" she composed the song Glendora.

Discovering a new passion for writing and performing, she left school to pursue music at age 16. Although supported by her parents, she promised them that she would return to school after one year if nothing came of it.During this time she quickly gained a following with her demos posted on her myspace and self-released the Bedroom Bound EP via her own independent label - Zooey.

To avoid confusion with the music act The Alessi Brothers, her mother suggested calling herself Alessi's Ark: "I liked the idea of a boat, where everybody is welcome, even friends that are geographically far away ? we are together.? Representatives from record labels Heavenly Records and EMI soon saw her performing and offered her a deal. On the eve of her 17th birthday she signed to EMI.

Mike Mogis worked with Alessi and she travelled to Nebraska to record the album at Mogis' and Conor Oberst's studio in Omaha. The resulting album, Notes From The Treehouse, was released in May, 2009, featuring full band versions of some of the songs from her Bedroom Bound EP, as well as newer compositions such as The Dog and Hummingbird. The album also featured many musicians that inspired her to begin making music including Jake Bellows of Neva Dinova and Nate Walcott from Bright Eyes
.
Following the release of the album, Alessi's Ark continues to play live around the UK and also played support to a diverse range of artists such as Robyn Hitchcock, Mariee Sioux, Johnny Flynn, Emil&iacute;ana Torrini and Cerys Matthews, as well as playing at Neil Young's Hyde Park show in London in June. Riverside Studios in Hammersmith also played host to an exhibition of her drawings inspired by her songs, called Handmade, which ran from August 20 to September 27 2009.

In 2010 Alessi's Ark left Virgin and signed with independent label Bella Union, releasing an EP called Soul Proprietor. On April 25, 2011 she released her second album, Time Travel, which was produced by Alessi and David Wrench.

Love Is The Currency

Notes From The Treehouse