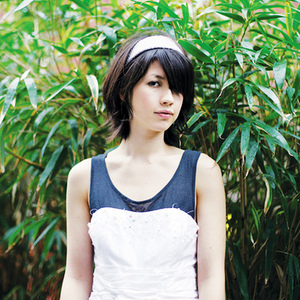 Emmy the Great is fronted by Emma-Lee Moss, born in Hong Kong and now living in London, United Kingdom, noted for her evocative / thought-provoking lyrics and inventive rhymes. Songfacts says that she was born to an English father and a Chinese mother and was into music from a young age. Emma-Lee performed with Lightspeed Champion in 2007 alongside Florence Welch of Florence and The Machine . She has also played with Noah and the Whale, though was not officially a member of either line up.

Emma started performing in 2005 and her first release was the "Secret Circus EP" the following year. After a series of further singles and EPs her debut album "First Love" (Close Harbour) was released in February 2009. The album was ranked by The New York Times at #7 in their list of "Best Albums of the Year 2009."

As well as Emma, the band includes Euan Hinshelwood (of Younghusband) and Tom Rogerson (of Three Trapped Tigers).

Emmy's sophomore album, Virtue, was released on June 13, 2011. It started out as a third person project, however, the religious conversion of her fianc? and their subsequent break-up inspired her to take a personal approach towards her song-writing.

We Almost Had A Baby (CDS)