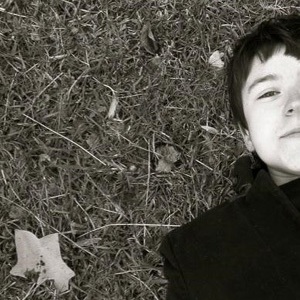 Nicole Reynolds is a singer/songwriter, and a traveler without a home, at least for now. She has just released (December 2009) her fourth full studio record, "A Fine Set of Fools," after mostly being migrant for the past few years and working on farms. Nicole was born into a family of Pittsburgh steelworkers. This ancestry initially influenced her desire to write music as a means to convey the struggle of the working class.

Nicole was born into a family of Pittsburgh steelworkers. This ancestry initially influenced her desire to write music as a means to convey the struggle of the working class. After completing a major in jazz guitar and composition and travelling West, she began to broaden her songwriting to encompass the universal themes of love, betrayal, disillusionment, and hope as well as issue-specific songs addressing war, sexuality, and health care. These and other topical concerns are incorporated into her 20 song debut release, Wolves Won't Eat Us, independently released in August of 2006.

In July of 2006, Nicole moved to a small organic farm in Western PA and continues to reside and work there in between recording and touring. Her second album, This Arduous Alchemy, is slated for release in the summer of 2007. She has expanded from the folk simplicity that defined her first cd into a broader sound that resonates with a rich spectrum of personal experiences. Through a collaboration with Philadelphia-based recording artists, Nicole has covered a wide variety of songwriting styles and looks forward to touring in support of the album.

a fine set of fools - released in december 2009
nicole writes about her new record:

"a fine set of fools" is my 4th full record release. it is my
pleasure to share these 16 songs with you. i've written
about a lot on this album:

"only atoms" was written after i spent a few months in
europe farming and sleeping on couches. "like the ocean"
is a song i wrote about my childhood, adolescence, sexuality,
being raised catholic, and how i came through it.
"ghost dance" and "oats and barley" are about food and life
cycles, which was gathered from my experience as a sheep
and vegetable farmer in western pennsylvania. i wrote
"practical things" after reading a book of letters from
violet trefusis to vita sackville-west, who were having a love
affair in the early 1900s. "memory is a minefield" and "we are
haunted" are both songs for the melancholy. "crazy as you" is
a rock song i wrote for the fun of it.

"i went to the mountain" was written about mountaintop
removal, which is a form of coal mining in appalachia where
the entire mountain is leveled and the communities are
devastated, often with many deaths and illnesses. "earthworms"
is a queer little song i wrote for a friend. "the tree believes,"
"in this world," and "we could stay" are all songs about
transformation- questioning, moving on. "joseph brown"
is a union song about the 1892 homestead strike in pittsburgh.
my mother, grandfather, and great great grandfather all
worked in the pittsburgh mills.

"for christmas" is a song about materialism. i would like to
encourage everyone to make something for the holidays-
carve a spoon, knit a glove, paint a picture, draw a cartoon,
write a poem, save your seeds and give them out as gifts-
put a little thought into your friends and family, even if they
don't give a shit and just want money or a new battery charger.

i will be on the road touring for a while. if you'd like to
recommend a venue in your town, set up a house concert,
or have me play at your college, let me know and i will
try to come by.