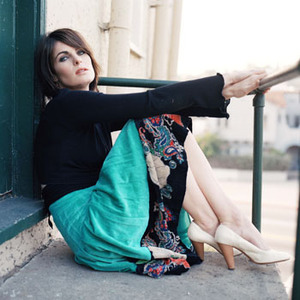 Online publication, Editorial Emergency says about Quincy and her sophomore recording "Come Closer", "her husky delivery navigates the shifting territory with aplomb. Coleman's feel for the swoony tropes of yesteryear at times recalls Maria Muldaur and Van Dyke Parks, though her voice is closer to the knowing, rootsy timbre of Shelby Lynne." While Paste magazine describes "Come Closer" as "Asyln meets Tom Waits."

Released independently on May 9th, the CD includes songs such as "Calling Your Name" which Quincy describes as "an Israeli, surf punk, gypsy swing". Mix that with "Mary," "a bittersweet, yet hopeful goodbye" and the sultry redemption song, "Want Me Back" and you have what critics and fans are calling "ready for radio music." Music Connection Magazine describes the contagiousness of Coleman's songs quite simply as, "catchy and lodge easily in your memory."

Born into a family of performers, (dad actor and Golden Globe winner Dabney Coleman, mom model/actress Jean Hale Coleman and brother Randy who has toured with Def Leppard and opened for The Who at the Hollywood Bowl) Quincy pursued entertainment dreams throughout high school and college. After flirting with acting in New York and a few TV spots she did the U.S. college student thing and headed for Europe.

"It was in Nice, France where I found myself with someone else's guitar in my hand on a very small stage at a 'hole in the wall' singing a very drunk and a very nervous version of Indigo Girls 'Closer to Fine'. The owner slammed a pint of beer in front of me and said 'your hired!'" From there to busking in London "(the best $15 I ever made)" she headed back to L.A. and recorded her self-released debut album "Also Known as Mary". It caught the ear of tastemaker Nic Harcourt, program director of L.A.'s trendsetting NPR station KCRW. In addition to the resultant heavy airplay Coleman was hand picked personally by Nic as one of the four artists showcased at the 2004 KCRW "Next Up" event at the famed Santa Monica Pier.

Quincy not only regularly sells out local Los Angeles venues such as the Temple Bar, The Mint, and the influential Hotel Caf?, her buzz is expanding beyond Southern California and into the national and international spotlight. The song "Afraid" from "Also Known as Mary" is on the soundtrack for the academy award winning film "Crash." "Give it Away", from the same CD is on an upcoming UK compilation called "Beautiful Embrace" which also features Bryan Adams and Sarah McLaughlin. To kick things off for the new CD internationally, two songs from "Come Closer", "Calling Your Name" and "Mary" will be on a Japanese compilation released this spring.