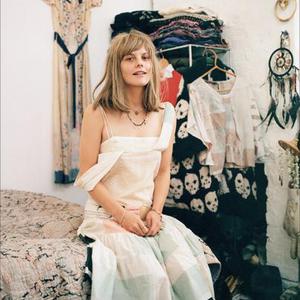 Emma Louise Niblett (born 29 September 1973) is a British singer-songwriter, known by the pseudonym Scout Niblett. Her music is frequently minimalist in style, many of her songs consisting merely of vocals accompanied by either drums or guitar, which she mostly plays herself. She is known for her intimate live shows and her blond wig while performing. She is currently living in the United States, where she has worked with the influential producer Steve Albini.

Niblett grew up in Nottingham, England and chose her stage name in honour of Jean Louise "Scout" Finch, the protagonist in Harper Lee's 1960 novel To Kill a Mockingbird. She studied music and performance art at college, and also expresses an interest in astrology?explaining the title of her 2005 LP Kidnapped by Neptune, she says, "Neptune is this planet that everyone has in their chart. But for me, where Neptune is right now and has been for the past two years has been affecting my chart in a huge way. Neptune is kind of the musicians' planet, it rules music."

Niblett has released three LPs, through the Secretly Canadian record company in North America and through Too Pure in the United Kingdom. Her first release was a split 7" single with Songs: Ohia in 2001. Shortly after this she released her first LP Sweet Heart Fever, recorded in Glasgow with drummer Kristian Goddard. Her follow-up release was a one-sided 10" EP, I Conjure Series, recorded live, where Niblett plays all the instruments herself. For the next two albums?2003's I Am and 2005's Kidnapped by Neptune?Niblett enlisted the help of producer Steve Albini. She is also featured in Peoria Lunch Box Blues on Magnolia Electric Co. (2003). 2007 saw the release of Niblett's fourth long player This Fool Can Die Now again featuring a rhythm section of Kristian Goddard & Chris Saligoe as well as Bonnie "Prince" Billy as guest vocalist on four of the albums duets. Her 5th LP The Calcination of Scout Niblett was released in 2010 through the Drag City label.

Niblett cites among her influences a number of grunge period bands, including Mudhoney, Sonic Youth and Nirvana, and in particular the guitar of Kurt Cobain. Her drumming technique, however, is inspired, she says, by a man who played at an open-mic night in Nottingham and would accompany himself on the drums while playing Beatles covers. This drumming technique has been a particularly distinctive feature of Niblett's records with Steve Albini, whose method is to place the drums centrally in the mix. A good example of Niblett's minimalist approach to songwriting is "Your Beat Kicks Back Like Death", included on I Am and as the B-side to "I'll Be a Prince". It consists solely of a drumbeat with a cheerfully delivered repeating lyric, "We're all gonna die!", eventually concluding, "We don't know when, We don't know how." Niblett names the song as a favourite. Also of note is her downbeat cover of the 1978 reggae hit Uptown Top Ranking, which Niblett released as a single after it became popular at live performances.

It's Up To Emma

The Calcination Of Scout Niblett

It's Time My Beloved (EP)

Just Do It & Dinosaur Egg (EP)

This Fool Can Die Now