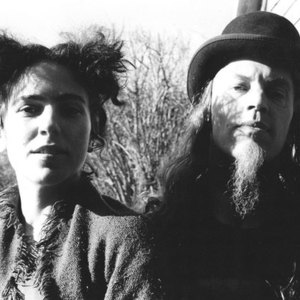 FAUN FABLES began in 1997 when Dawn McCarthy left the bands and sideshows of New York City, traveling abroad and singing solo. With an open ticket and 2 phone numbers in her purse, she set out hoping to find her voice and new inspiration to write from. The songwork from this time period was captured on the first Faun Fables CD EARLY SONG (1999), and captured the attentions of Nils Frykdahl (Sleepytime Gorilla Museum), a musician and voice artist whose work she'd admired in a theatrical rock show called 'Idiot Flesh.

They began collaborating in 1998, sharing an instinct to weave theater into music and learning from each other's contrasting approaches to songmaking.

Since that time, the couple has built an eclectic following circling the roadways of North America in a sturdy pickup truck and touring abroad on foot, train and plane. The culmination of their longstanding partnership --a work that combines their writing and showcases their range of character-- is Faun Fables' new & sixth full-length album, LIGHT OF A VASTER DARK, released by Drag City in the winter of 2010. Previous releases include THE TRANSIT RIDER, MOTHER TWILIGHT (2001), FAMILY ALBUM (2004), and A TABLE FORGOTTEN (an EP).

In 2004, Faun Fables signed to Drag City records and finally climbed Hanging Rock in Australia. They are currently based in northern California.

Born Of The Sun