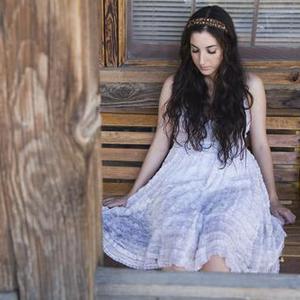 Marissa Nadler is an American dream folk musician and singer-songwriter. She plays six string guitar, 12 string guitar, piano, ukelele, banjo, and voice. Nadler studied painting at the Rhode Island School of Design, where she began her performing career after writing songs for many years. Her most recent record was self-released on June 14th, 2011. A new record, The Sister, was released in April of 2012.

Nadler writes strange, yet classic, melancholy songs. Her voice is often bathed in a wash of reverb and space echo and creates a ghostly, atmospheric feeling to the music.

She has american gothic leanings; her songs often take place in an imagined, idealistic time with a cast of characters of her own creation. Her links to American Gothic are reinforced by Annabelle Lee, the last song on her debut album, Ballads of Living and Dying, which puts the poem of the same title by Edgar Allan Poe to a musical backing. Singing in a haunting mezzo-soprano, the foundation of her songs are her delicate 6-string acoustic guitar, often accompanied by variety of instruments, including electric guitar, theremin, and piano. Marissa Nadler is continuously thought of as a prolific and thoughtful musician, and it seems that a neverending flow of beautiful songs pours from her fingers and voice.

The Wrath Of The Clouds (EP)

The Path Of The Clouds