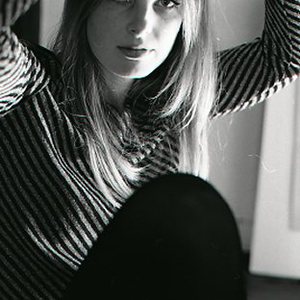 ?Courtney Taylor from the Dandy Warhols calls my genre ?Pixie Fairy Dust Chick Music,'? Miranda Lee Richards laughs, from her home in Los Angeles. ?But I think another fitting description for Light of X might be ?Psychedelic Chamber Folk Rock.'? Richards grew up in San Francisco, the daughter of Ted and Teresa Richards, stars of the underground comics revolution. Her father created The 40 Year Old Hippie; her mother was one of the founding editors and contributors of Wimmin's Comix in the 1970's.

Richards grew up in San Francisco, the daughter of Ted and Teresa Richards, stars of the underground comics revolution. Her father created The 40 Year Old Hippie; her mother was one of the founding editors and contributors of Wimmin's Comix in the 1970's. ?Growing up, I got the message that if you do what you love to do, money will follow, just not a lot of it.? It was a very Bohemian upbringing to put it lightly.

Richards played in school bands, but never considered music as a profession until her senior year of high school, when fate offered a unique hand. Her best friend began dating Kirk Hammett of Metallica, and Hammett taught Richards a few songs on guitar. ?As soon as I knew how to play, I started writing and everything just clicked. Eventually I got a piano to expand my musical repertoire.?

Richards recorded her first demo in Hammett's basement studio. Dave Deresinski, the then manager of the Brian Jonestown Massacre, passed the recording along to singer Anton Newcombe, who asked Richards to sing with the group. Shortly thereafter, Ondi Timoner began filming the BJM for her seminal documentary DIG! (2004). In one scene, a hiker observed the all white-clad members of The Brian Jonestown Massacre and friends gathered on a mountain top location. ?Excuse me,? he asked, ?is this a cult or a photo shoot?? Miranda ------then candidly replied, ?Honestly sir, I don't know the answer to that question.?

Miranda had since moved down the coast to LA to further pursue a music career. ?I played clubs and open mics while I worked odd jobs and made demos. A mutual friend introduced me to Rick Parker (producer/musician who went on to work with BRMC and The Von Bondies), and we've been working together ever since.? After recording a few sets of demos, she signed with Virgin, and began tracking her debut, The Herethereafter.

The Herethereafter (credits include Jon Brion and David Campbell) enjoyed critical acclaim, and over 40 film and TV licenses that allowed her to continue playing music full time. Since it's release, Miranda has collaborated in the studio with Tricky, Tim Burgess (Charlatans), Neil Halstead (Mojave Three), Joe Firstman, and The Shore. She joined The Jesus and Mary Chain for the West Coast leg of their 2007 tour, singing duets with Jim Reid on ?Sometimes Always? and ?Just like Honey.? In the fall of 2007, she toured the UK in support of a vinyl single called ?Life Boat? on Sonic Cathedral; in early 2008, she supported Tim Finn (Crowded House), and in late August she supported Neil Halstead, both on solo acoustic tours. The Early November EP was released digitally November 4, 2008 on Nettwerk Records; the full-length sophomore effort, Light of X, is due for worldwide release February 10, 2009.

Light of X is moody and introspective, the kind of music to play while you're getting dressed up at night, sitting by the phone, and waiting for it to ring. The album fairly shimmers with folk, country, psychedelic, and even classical influences. Richards and Parker assembled a top-notch group of players including Eva Gardner (Mars Volta, Tim Burgess) on bass; main drummer Keith Mitchell (Mazzy Star); Ben Peeler (Wallflowers, Shelby Lynne) on pedal steel, and Josh Schwartz (Beachwood Sparks) on guitar. Rick Parker produced, engineered, mixed the record, and played guitar; Richards composed the material including string arrangements, and played acoustic guitar, piano, and organ.

As a songwriter, Richards has an uncanny knack of finding the diamonds in the dust of every day life and the relationships within. She's able to look at an average moment and describe it in a way that transforms it into something much more powerful, a talent evident on every tack of Light of X. The album balances Richards' beautiful, close to the heart vocals, with music that has the wide open, spacious feel of a desert sky or an empty church. Call it Ambient Americana, or Richards' self coined term ?Psychedelic Chamber Folk Rock' if you like, Light of X is an album full of love and loss, desolation and salvation, both moody and comforting.

Even the darkest shadow is cast by the light.

Echoes Of The Dreamtime