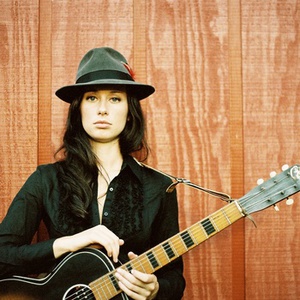 In March 2011, Lera Lynn released her debut solo album, Have You Met Lera Lynn?, to international acclaim. Hand picked from Lynn's collection of songs written over the previous decade, the album elucidates a painstaking inventory of past experiences, as well as artistic challenges in her present pursuits, and her hopes for the future. Lynn won the 2011 Chris Austin Songwriting Competition held at Merlefest for her song, ?Bobby, Baby,? sharing the honor with such alumni as Gillian Welch & Tift Merrit.

?Bobby, Baby? also won an award for Best Alt. Country Song in the 10th Annual Independent Music Awards Vox Pop poll, which is determined not by judges but by online fan voting. Just as important to her, Lynn walked away with "Best Country Artist? at her hometown of Athens, GA's 2012 Flagpole Music Awards.

Plays Well With Others

Love One Another (CDS)

Lying In The Sun (EP)

Have You Met Lera Lynn

Have You Met Lera Lynn?