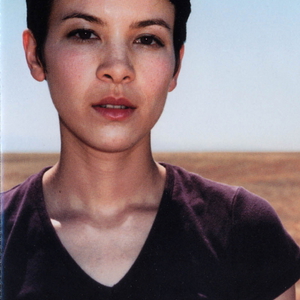 Mia Doi Todd (born June 30, 1975) is a musician from Los Angeles, California, USA. She moved to New Haven, Connecticut in 1993 to attend Yale University. Her first album, the ewe and the eye, was recorded at the Spaceshed, the recording studio/garage belonging to the LA band Further. It came out on their label, Xmas Records, in the spring of 1997, as she was graduating from college. She moved to New York City and started playing in clubs.

Elliott Smith and the Palace Brothers were big influences of hers at the time. That fall, she recorded her second album, come out of your mine, which was released on The Communion Label in 1999.

She lived in Japan for most of 1998, studying first with Kazuo and Yoshito Ohno and at Asbestos-kan, and then with Min Tanaka at Body Weather Farm. She speaks rudimentary Japanese. Returning home to Los Angeles, she recorded most of her next album, zeroone, on a Power Mac G4 and started City Zen Records to release it in 2001.

Her first three albums were solo acoustic recordings. After these, she started to play with a band. They had been called Los Cincos and were renamed Syncopation. They never recorded much together, though. She signed a contract with Sony/Columbia Records, and recorded The Golden State, culling songs from her previous albums. Mitchell Froom and Yves Beauvais helped her produce it. She recorded at the Sunset Sound Factory, and the album came out in the fall of 2002 and was generally well received by critics, though one writer referred to Mia as "jaw-droppingly pretentious". For a year, she toured the US and Europe, on her own and then with Alaska! and Lou Barlow's Folk Implosion. Sony chose at this time not to renew her contract.

The title of her 2005 album Manzanita refers to the Spanish name of a round-leaved bush with smooth, red bark and tiny, bell-shaped blossoms, that grows throughout California and the Pacific Coast. She recorded up in Lake Hollywood with Rob Campanella. Many of the songs are still just voice and guitar or piano. Brent played bass as well as some guitar and piano. On drums and percussion were Hunter Crowley, Rick Menck, and Nelson Bragg. Members of Dead Meadow and Beachwood Sparks made cameo appearances, and the entire band Future Pigeon backed her on track 6. Rob engineered all the while, came up with great ideas, and played electric guitar, piano, dulcimer and mandolin. A remix album La Ninja: Amor & Other Dreams Of Manzanita was released in 2006, featuring one brand new track, Kokoro, and a cover of The Beatles' Norwegian Wood.

As of April 2007, Mia had recorded two new albums; the first, Gea, a collection of nine new songs plus an alternative version of Kokoro, and the second, Morning Music, a collection of seven untitled instrumental compositions. Exact details of when and on which label these recordings are to be released are unknown.

La Ninja: Amor And Other Dreams Of Manzanita

Come Out Of Your Mine