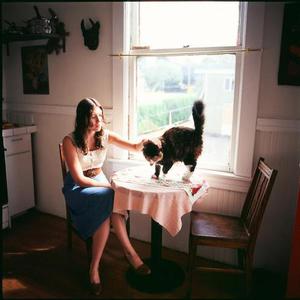 Alela Diane Menig (born April 20, 1983, Nevada City, California, USA) is an American singer and songwriter. She grew up singing with her musician parents and performing in the school choir. She taught herself guitar, and began writing songs which blend tense, trance-like arpeggios with warm vocals and meditative lyrics about family and nature. Her first recordings were self-released in 2003 as Forest Parade.

Her first solo public appearances were at the invitation of fellow Nevada City native Joanna Newsom. She also did a stint in the Nevada City slow grass band Black Bear before continuing with her solo pursuits.

The songs for her album, 'The Pirate's Gospel', were written on a trip to Europe. They were recorded in her father's studio and were initially self-released in 2004, in paper and lace sleeves with hand lettering. The album was issued in revised form by Holocene Music in October 2006, and received widespread critical acclaim.

A new song, "Dry Grass and Shadows", was issued on a compilation of Nevada City artists, and five more new songs were issued on a limited-edition 10" vinyl pressing, Songs Whistled Through White Teeth, released in the UK in October 2006. The Pirate's Gospel was released in the UK on Names Records in April 2007, garnering favorable reviews in The Times and NME.

Alela Diane has toured in the USA both solo and with Tom Brosseau, and has also opened for The Decemberists, Akron/Family and Vashti Bunyan. She performed in the UK in April and August 2007. According to a relatively recent interview, her second album is to be expected shortly. She now lives in Nevada City, California.

Take Us Back (EP)