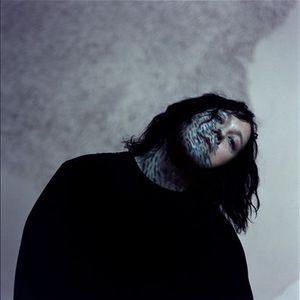 Antony and the Johnsons are surely a mystery among the musical world. Very little is mentioned of the band's beginnings, except that British experimental musician David Tibet of Current 93 heard a demo and offered to release Antony's music through his Durtro label. The debut album, Antony and the Johnsons, was released in 2000. In 2001, Antony released a short follow-up EP, I Fell in Love with a Dead Boy, which, in addition to the title track, included a cover of "Mysteries of Love", a David Lynch/Angelo Badalamenti song and "Soft Black Stars", a cover of a Current 93 song.

Producer Hal Willner heard the EP and played it to Lou Reed, who immediately recruited him for his project The Raven. Now gaining more attention, Antony signed to US-based record label Secretly Canadian, and released another EP, The Lake, with Lou Reed guest-performing on one of the tracks. Secretly Canadian also re-released Antony's debut album in the United States to wider distribution in 2004. "Candy Darling on her Deathbed" by Peter Hujar used as the cover art for I Am a Bird Now

Antony's second full-length album, 2005's I am a Bird Now, was greeted with positive reviews and significantly more mainstream attention, winning the Mercury Music Prize for the best album of 2005. Rival Mercury nominees, and favorites for the prize, the Kaiser Chiefs suggested that Antony got in on a technicality; despite the fact he was born in the United Kingdom he spent much of his time in the US - although they later apologized for the suggestion that he wasn't a deserving winner.

The 5-song Another World EP was released on October 7, 2008. Antony and the Johnsons' third album, The Crying Light, was released on January 19, 2009[3]. Antony has described the theme of the album as being "about landscape and the future"[4].