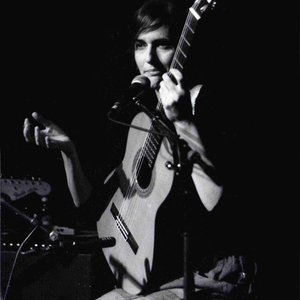 Over the course of just a few years, Colorado native Josephine Foster has captivated audiences & critics alike through a magnetic patchwork of recordings ranging from broken spirited balladry as one half of Born Heller, fiery psych rock gestalt with her rock outfit The Supposed (All the Leaves Are Gone) to the voice of an outsider folk siren (Hazel Eyes, I will Lead You) and her latest collection, A Wolf in Sheep's Clothing. The one constant is the utterly overwhelming strength and seductive unease of her voice & the bravery of an iconoclastic spirit.

David Keenan should take it back. He's the writer for The Wire who will forever be held culpable for an ultimate gaffe ? coining the term ?New Weird America? (NWA). I suggest a DeLorean outfitted with a plutonium-powered flux capacitor; the creation of that term is an event in American periodical history worth erasing. Much like how the bands back in the early '90s were sloppily grouped under the marketing label ?Alternative,? there's not much in common between the music of Joanna Newsom and Animal Collective, two supposed vanguards of NWA, who are often inter-lumped anyway.

Indeed, I believe a more misapplied genre trope has yet to be perpetrated on the American folk underground; it's even more egregiously inappropriate than freak-folk. Trying to explain the appeal of one artist by comparing them to disparate contemporaries often works more as a slight than an effective promotion. Unless you can show me otherwise, I will forever find it hard to believe that there is interview text where any artist professes to be a member of NWA. Using catchy terms to describe bands is behavior more typical of promoters and press.

It seems Josephine Foster hasn't gotten so much of that attention. Her operatic voice and ridiculously eerie compositions have certainly made some writers make the critical leap into categorizing her as part of NWA, but others were too distracted by her music itself to bother making immaterial correlations. There's so much substance in her music that it stands alone on a paisley street corner, waiting for the bus in an outfit that begs another trip 'round the block.

To her credit, Jo Foster is making something New and Weird in America. Her last album, A Wolf in Sheep's Clothing, was a conceptual masterpiece and one of the most beautiful musical statements of 2006. An album comprised of her original renditions of 19th century German art-songs, her execution of an undoubtedly challenging endeavor was so well done that, were it not absolutely lunar-sounding and somewhat unsettling, your local classical station might have picked it up. The preceding LP, Hazel Eyes, I Will Lead You, was as regal in its inscrutable delivery. Conceived as a children's album, it would likely have the most appeal to the wide-eyed and poorly disciplined progeny of feral-foraging forest nymphs, not those young ones reared on the innocuous blather of kid's rock luminaries like Raffi.

It might be a wonderful coincidence that the opening track of her newest album is named ?Garden of Earthly Delights.? Determining which incidence of the phrase is being referenced may be fruitless. One could look to the triptych by Hieronymus Bosch, the fantastic splendor of which evokes the same rare and medieval quality that is embodied in Josephine Foster's voice. Or maybe you might know of the seemingly rare and wonderful double LP compilation entitled Garden of Earthly Delights, which was released almost four decades ago and featured an amazing assortment of the '60s' most vivid and remarkable gems. The phrase evokes the exact density and lusciousness that is flowing and growing from Jo Foster's newest album.

Accompaniment by drums and an often atonal guitar make this album seem more from the realm of jazz than her two previous solo works. The songs often caterwaul into spheres of transcendental interpretation, belying any listener's attempts to rationally follow the singer's intent. It's not art for art's sake, but it seems to be an apropos vehicle for music that lacks pretension while exhibiting an awareness of its own genuine worth. Foster routinely accomplishes the amazing feat of making challenging and quasi-inaccessible music charming and beautiful.

The picture of Foster in the insert, standing regally, clad in red corduroys, and wearing a knightly breastplate (complete with overstated pectoral muscles and gold accent), shows that either she's got a wild sense of humor or she is totally out there, somewhere, in a bizarre world of medieval anti-fashion. The painting on the cover, done by Foster, has a dose of whimsy and evokes madness in such a fashion that studying the cover art itself might serve as a preface for the soprano's creepy aural tremor.

In ?All I Wanted Was the Moon,? Foster sings ?All I wanted was the moon/ But I left the earth too soon/ In a ship that had no room/ For my love to come, my groom.? Perhaps she feels alone in her journey, as if no one is willing to accompany her on a mad jaunt around the solar system. For those willing to say yes, onward is the word of the day. Foster leads us into a sparsely populated world of operatic voices rebelling against genre norms that are inventing unprecedented venues of musical exploration. Here is an artist who is clearly able to mix an extraordinary range of talent with a penchant for experimentation in a manner that resists easy comparison. This singularity instantly vaults her work's status from beyond membership in some ill-conceived/non-existent musical movement. That's a piece of bread worth toasting.

1. The Garden Of Earthly Delights 2. The Lap Of Your Lust 3. Lullaby To All 4. I Love You And The Springtime Blues 5. All I Wanted Was The Moon 6. Waltz For Green 7. Sim Nao 8. Second Sight 9. A Thimble Full Of Milk 10. Indelible Rainbows
by Chizzly St. Claw

No More Lamps In The Morning

Graphic As a Star

What Is It That Ever Was?

A Wolf In Sheep's Clothing

Hazel Eyes, I Will Lead You