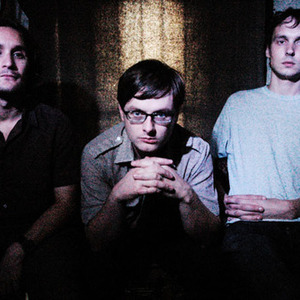 Gravenhurst is a vehicle for the music of singer-songwriter, producer and multi-instrumentalist Nick Talbot, who lives in Bristol, England and is currently signed to Warp Records. Gravenhurst is dark and highly atmospheric, influenced by the melodic noise of My Bloody Valentine, the reverb-laden vocal harmonies of Simon and Garfunkel, and guitarists such as Richard Thompson, Johnny Marr and Thurston Moore.

Over 9 years and five albums, Talbot's output has been diverse, but constant in the Gravenhurst sound-world are his fragile yet powerful voice, intricate guitar work and mysterious lyrical themes.

Talbot began playing solo and continues to do so, but since 1999 Gravenhurst has toured extensively as a band. Gravenhurst's first full-band line up featured Dave Collingwood on drums, who also plays with Azalea City Penis Club, and bassist Paul Nash. Nash soon left to concentrate on his own musical project North Sea Navigator, and was replaced by Huw Cooksley. Later, Robin Allender, and Alex Wilkins joined on bass and guitar respectively.

Talbot initially played all of the instruments on the recordings; Dave Collingwood took on the increasingly complex drum parts on 'Fires in Distant Buildings', and again on 'The Western Lands' (2007). Collingwood played in the live band from 2000, and left in 2008.

The Ghost In Daylight

Black Holes In The Sand